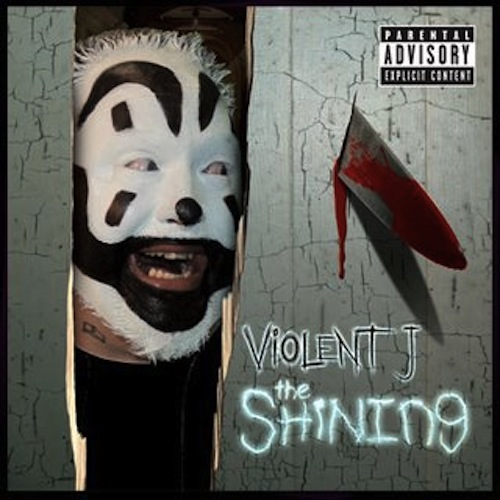 Before we get any further, let me say that I’m a little concerned about The Hatchet Herald‘s prospects for surviving the current downturn in print journalism. That’s a shame, since it seems like they’re providing an extremely valuable service. The Forecast section of my issue calls for “Low Flying Hatchets: good chance of you losin’ your dome!” This is why we need professional reporting, people. You think that you can get all the news you need from Talking Points Memo and Twitter, but then you step outside and whammo: un-domed. Now you’ll never understand magnets. Also, the second sentence of the Herald’s report on Miracles begins with “Come on,” which is a sorely underused phrase in contemporary journalism. I mean, come on.

But I have digressed from my main point, which is that Violent J has shamed us all with his lovable idiocy, which we opportunistically treated as risible idiocy. His editorial begins with a classic trope of high school civics papers, albeit deployed in his own style. “I don’t know what Webster’s definition of the word ‘miracle’ is,” he writes, “but we’ve always thought it meant something fuckin’ amazing and incredible.” As anyone who has read about the fuckin’ amazing works of Christ in the Gospel of Fuckin’ John will tell you, that is pretty much what a miracle is. More importantly, though, Mr. J has quickly established what is is about “Miracles” that makes it A) so laughable and B) so beyond the pale of what decent people should laugh at. Sure, he doesn’t know what Webster’s definition of “miracle” is, and sure, he apparently regards that problem as completely unsolvable. He sat down to write his editorial for the Hatchet Herald, and with the first sentence he runs smack up against a wall of utter unknowability. But that’s not the point. The point is that, whatever a miracle actually is, it is definitely “a fuckin’ special, awesome event of some kind.” Once something is definitively/fucking special and awesome, do we need to understand its ontology?

When Violent J begins his argument by acknowledging that he does not know the definition of the concept around which he based the song that he is defending, he cuts to the heart of why none of us should have made fun of “Miracles.”* It’s like pointing out that “Wooly Bully” uses lazy rhymes. The ICP’s fundamental argument is that

we should preserve our sense of wonder at those aspects of the universe we do not fully understand. This aesthetic philosophy has been the underlying principle of human artistic production probably since the days of Homer, and at least since The Who’s “Can’t Explain.” That the number of things the Insane Clown Posse can’t explain evidently exceeds that of the average person by a significant degree is not a reason to mock them. It’s a reason to envy their worldview, their appreciation for what the rest of us take for granted, “especially a yellow-ass, long-neck giraffe.” No, the giraffe is not yellow, and no, we should not point that out to Violent J on the internet and then laugh at him—any more than we should snatch a rattle from a child, break it upon on the kitchen counter and say, “It’s just beads, asshole,” before numbly driving to Bed, Bath and Beyond.

We are a society on a ledge. At any moment, we threaten to throw everything that has historically made us human into a yawning abyss, in favor of a grimly practical worldview divided equally between the principles of consumer electronics technology and marketing. Imagine you are on that ledge, trying to remember the last time you felt happy. A bunch of people you don’t care about have gathered on the street below to listlessly suggest that you shouldn’t jump. Then your friend sticks his head out the window. “Come on, buddy,” he says, “It seems bad, but there’s still a lot we don’t understand. Like bugs, man. Where do they even come from?” Then he reels off a list of insoluble mysteries, from DVDs to the color of the sky, all of which can be explained in twenty minutes by a high school science teacher or particularly devoted camp counselor.

What do you do? Do you call your friend stupid and then hurl yourself down into the crowd, content that at least you didn’t embarrass yourself by agree with him? Or do you realize that someone is enthralled by the unknown, even if its only because his particular worldview maximizes the number of things he does not know. This is your friend. He loves you. In Violent J’s case, he also wants to cut your head open with a hatchet, but that may just be a rhetorical device.