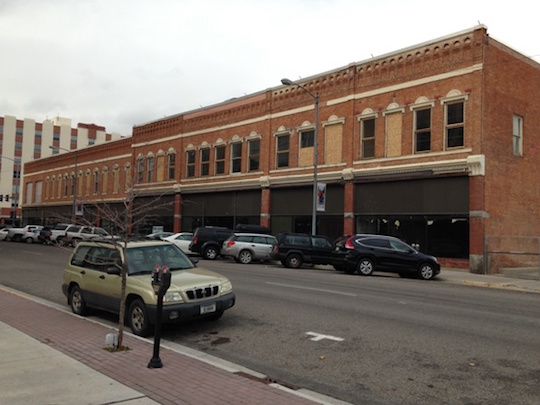 The Missoula Mercantile building enters its sixth year of dereliction.

Last week, the Bozeman-based real estate developer HomeBase Montana presented plans to demolish the Missoula Mercantile building and erect a Residence Inn by Marriott. This plan to destroy a historic building did not impress the Historic Preservation Commission. Neither did it impress members of the public, who expressed unanimous opposition during the comment period. I don’t know for certain, but I assume the meeting ended when the commission asked who else had $5 million dollars to buy the Merc and do something with it, and everyone fell silent.

The doors have been locked since 2010. A group of investors bought the building in 2011 with ambitious plans for remodeling and retail, but they came to nothing. Another investor almost bought the Merc in 2014, but they backed out at the last minute. Unless someone squats it, which would be awesome but probably unsustainable, it is likely to remain empty for the foreseeable future. Our choice is therefore not between a Marriott and something else. It’s between a Marriott and nothing.