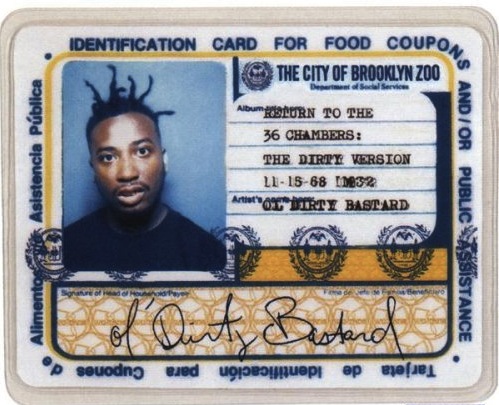 The most popular answer is, of course, “to help poor people.” Welfare is a form of state-enforced charity, and we do it because A) it’s morally right and B) we’re too lazy/embarrassed to go down to the State House and demand that the government stop taking money from our paychecks and giving it to the poor. The notion that welfare helps people—which stems from the fairly simple calculus that poor people are in trouble because they don’t have enough money and food, and therefore giving them money and food will make their lives better—is the one most commonly attacked by conservatives, who argue that welfare doesn’t actually help people at all. Anyone who has ever been to a housing project or met a person from Amsterdam (he was a DJ, right?) knows that welfare can foster a cycle of dependency on the state. Also—and I’m pretty sure this is the core principle of the Republican Party—I would rather have an iPod Touch than give your family some food.

Fortunately, welfare does not exist to help poor people. As any good liberal will tell you, it’s actually to cure poor people, since poor people are just regular people who ran into some bad luck. Food stamps and Medicaid are there to help down-on-their-luck carpenters support their families while they look for a job, and the same can be said of the various job placement programs, vocational training centers and housing projects that help people look for a job for, like, thirty years. The notion that welfare is some kind of repair shop for American society, putting teeth back on those gears that have been ground down by the awesome torque of the machine, is A) really appealing and B) easily refuted by a quick trip to any neighborhood where a lot of people are on welfare. When I lived in Bushwick, I had to take the subway to buy groceries, but I never had a hard time finding a liquor store. Some people are certainly using welfare to get back on their feet, but poverty can also be a lifestyle, and the particular poverty allowed by welfare is a lifestyle of more sustainable type. How many hip hop albums are about life in the projects, and how many are about being homeless?

The “hand up, not a handout” idea—that welfare is dangerous because it encourages people not to do anything about being poor—points to what is in my opinion the best argument in favor of such programs: they keep people from doing something about being poor. Sure, a certain segment of society is on welfare because they’re too lazy to work. They’re the same people who, if you took welfare away from them, would be lurking around the bus stop with box cutters every other Friday. Welfare is a kind of protection money paid to the mob of people who would otherwise become so desperate that we would all have to walk around with personal bodyguards and tracking devices embedded in our skin, like they do in Brazil. The difference between a dog and a wolf is that you feed a dog, and if you want your poor people to be docile and funny like Ol’ Dirty Bastard instead of desperate and murderous like Ol’ Dirty Bastard, you’d better give them some money.

Let us accept that welfare is, like the lock on the front door, not good but necessary. Under these terms, should we be testing people who get welfare for drugs? Besides the expense and the enormous Fourth Amendment ramifications—should you have to take a drug test to ride the bus? get a driver’s license?—we have to consider another question: What do we do with the people who test positive? If the goal of Charlie Janssen is to turn all the crank-smoking welfare recipients in crappy apartments in Nebraska into crank-smoking homeless people at bus stops in Nebraska, his legislation is complete. If, as anecdotal evidence suggests, being really poor doesn’t make you stop using drugs—and losing your welfare benefits doesn’t make you stop being poor—then perhaps Senator Janssen needs to start thinking about Step Two. The problem is not welfare or even drugs; the problem is poor people, and making people ineligible for one solution, no matter how flawed, is not going to make the problem go away.

It would leave Nebraskans with an extra $1,100 per capita, though, and that’s a lot of money. I am by no means rich, and the thought that some dude in a project somewhere is spending his share of my eleven hundred bucks on amphetamines is infuriating to me, as it probably is to you. If your anger is too much for you, I suggest you head down to your local project or unemployment office, find somebody who looks like he’s on drugs, and yell at him. Give him a good lecture about how morally wrong it is for him to use drugs, and how greedy and lazy he is, and how it’s absurd that you have to work just so he can sit home all day and watch television and do cheap drugs. Then get back in your car, drive back to your apartment, crack open a beer and watch a DVD. Maybe Anchorman. Do you feel better? I don’t either.