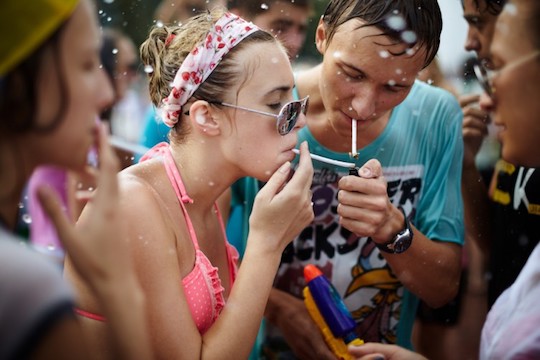 Did you know that smoking correlates directly to income? Thirty-four percent of Americans making between $6,000 and $12,000 a year smoke, compared to only 13% of those making $120,000 or more. The rate of tobacco use is also five times higher among people with GEDs than it is among college graduates. It’s almost like smoking is perfect for shift work, where you get 15-minute breaks every two hours to stand around with your coworkers. Or it’s like cigarettes are a treat, an indulgence for people whose pleasures are otherwise strictly limited. Whatever the reason, you see a lot more people smoking at the bus stop than you do standing around outside the opera.

I mention this phenomenon because the Montana legislature is thinking about raising taxes on tobacco products. Senate Bill 354, sponsored by Mary Caferro (D–Helena), would more than double the state tax on cigarettes, from $1.50 a pack to $3.20. It would also raise taxes on cigars and smokeless tobacco, plus introduce a tax on the liquid used in e-cigarettes.1 Caferro has described her proposal as “a tax you never have to pay,” which captures the popular attitude toward taxing cigarettes. It’s a great way for the government to get money without any of us having to pay it. And if you’re not one of us, it’s your fault, because you shouldn’t be smoking anyway.

Both of these arguments are probably true. Smoking sucks. Everyone knows it gives you cancer, and in the meantime it annoys people around you. But it is also true that poor people do it more than rich people. Maybe it’s because nicotine is addictive and their lives are hard, or maybe it’s because they’re lazy and dumb. But why people with less money smoke doesn’t matter so much as the simple fact that they do. When we propose a cigarette tax, we are operatively proposing a poor tax.

Maybe that’s a measure we’re willing to take. But let’s not pretend that it’s some high-minded project to get people to stop smoking. The legislature is looking for revenue and found it in poor people’s pockets.  From a political standpoint, the appeal of a cigarette tax is that most people don’t smoke. In a state famously averse to taxation of all kinds, SB 354 is a way to raise revenue without asking 78% of the population to pay anything for it. All you have to do is make life a little harder for people with less money and less education.

When you put it that way, cigarette taxes don’t sound like such a hot deal after all. You can read all about it in this week’s column for the Missoula Independent. We’ll be back tomorrow with Friday links!