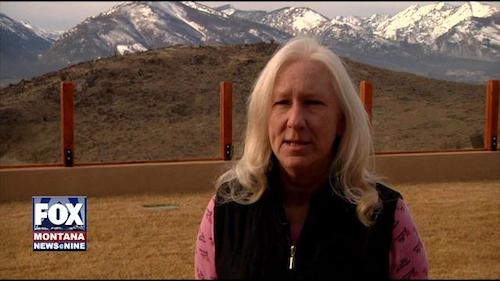 I hate to say it, but Stamey is running out of time to do something amazing that keeps this story going forever. At least she didn’t resign like a sensible person. Although she did not directly respond to the commission’s ultimatum, the statement she released through her attorney, Robert Myers, sends a pretty clear message:

Valerie, in her brief time in office, witnessed multiple felonious acts in an attempt to frame her which were all brought to the attention of the county government and nothing was done about the incident.

It’s impressive that during her “brief time in office,” Stamey not only became the object of a conspiracy but also sussed it out. But what were these felonious acts? Describe them to me, and while you’re at it, explain when they shifted from a conspiracy to sell tax liens, as Stamey originally described it, to a conspiracy to frame her.

And frame her for what—incompetence? Agreed that since Stamey took office, the treasury has been in thrilling disarray. After she was suspended, county employees found nearly a million dollars in undeposited checks “on the floor in boxes and in stacks of paperwork in the interim treasurer’s office.” Am I to understand the progression of her brief tenure as 1) Stamey assumes office, 2) everything coincidentally stops working, and then 3) coworkers try to blame her with felonies?

I want to believe this narrative, because it is exciting, but the problem is that all phenomena so far observed can be explained without recourse to step (3). If the office stopped working immediately after Stamey took control, and it started working again after she was suspended, and then forensic accounts found that when it wasn’t working nothing she was supposed to do was getting done, I’m not sure I need the conspiracy. I want to believe it is real, but it seems like an unnecessary loop—a species of saving the appearances, as it were.

I propose an alternative explanation that supports my own arbitrary worldview. Maybe, instead of uncovering a criminal conspiracy in administration and accounting that no experienced administrator or accountant seems to regard as such, a Tea Party zealot has once again misunderstood how government works.

Fact: Stamey had no experience in managerial accounting before becoming county treasurer, but she was a conservative Republican precinct captain. Three of the five commissioners who voted to appoint her are also active in the Tea Party; the other two are the ones Stamey accused of conspiring to sell tax liens. That supposed conspiracy was the basis of Stamey’s original complaint—the one she pursued at the cost of performing her duties, and the one that investigator and former judge Nels Swandel found not to exist.

As far as we know, there is no evidence of fraud in the Ravalli County treasurer’s office—not by commissioners, and not by Stamey herself. Our thrilling speculations once again take a hard landing in a familiar and disappointing generalization: ordinary people who get fired up about government being illegal are probably mistaken.

Isn’t that the tragedy of the Tea Party? I don’t agree with their politics, but what’s ultimately saddening about populist conservatism is that the ordinary people who band together to take control of government really don’t know how it works. The one good thing about the Tea Party is that it offers hope that those who govern need not be an entrenched class, that politics is not a profession. But from Stamey to Scott Walker to Dave Brat, the Tea Party keeps proving its own premise wrong.