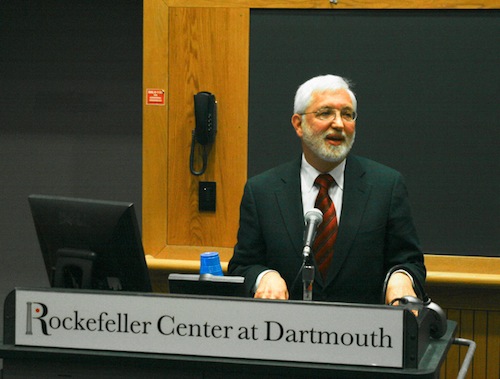 Citibank made $160 million in the 2007 deal, while its investors lost $700 million. It was similar to the Abacus Fund fiasco at Goldman Sachs, in

which the “Fabulous” Fabrice Tourre publicly touted and privately shorted a bundle of subprime mortgages that, to use a term from technical finance, ate shit. The difference is that Tourre had to go before a Congressional subcommittee and admit that he was a misrepresentation artist with bitch hair, whereas Citibank got to settle without acknowledging any actual wrongdoing.

That’s good for the banking giant, since an acknowledgement of fraud or other such practices could be used against it in lawsuits from investors. As it is, the SEC settlement leaves Citibank immune from future prosecutions and lawsuits. For $285 million, that’s not a bad deal. As you might imagine, 2007 was kind of a tricky year for the bank, but it still made profits north of $10 billion. In that context, a 2.8% fraud surcharge starts to look like the cost of doing business, which is not the kind of attitude the SEC was designed to foster.

Of course, Citibank also has to promise not to do anything like that ever again. It’s actually done so several times as part of previous SEC settlements, but they have yet to be charged with contempt of court. Rakoff referred to Citibank as a “recidivist” offender on this count, arguing that the company agreed to those terms because it knew they would not be enforced. Basically, Citibank doesn’t have to admit that it did anything wrong and promises not to do wrong in the future, although if it gets caught by the SEC it won’t have to admit it did anything wrong. If you’re wondering how well this approach to law enforcement works, consider this quote from the Times:

A recent analysis by The New York Times of the agency’s fraud settlements with Wall Street firms found 51 instances, involving 19 companies, in which the agency claimed that a company had broken fraud laws that they previously had agreed never to breach.

It’s almost as if a promise from the accused were not a reliable basis on which to settle fraud allegations. Aside from the fine, Citibank suffers no real consequences from its successful defrauding of its own investors. Those investors, meanwhile, are free to look for their $700 million on the job market. Rakoff’s decision to reject this settlement is news not because of the obvious injustice of the system but rather its consistency. The SEC has been settling cases this way forever, in a way that actively makes regulatory enforcement more difficult by preventing the establishment of case law.

This problem—that SEC settlements make cases go away without establishing what actually happened—is what galled Rakoff, who said that the practice “asks the court to employ its power and assert its authority when it does not know the facts.” Seen in this light, the SEC approach to settlement amounts to little more than a public bribe. Citibank gives the SEC $285 million. It does not have to be pronounced guilty or innocent; it does not see any of its activities entered into the judicial record, and it will not suffer any additional consequences if it does the same thing again later. Basically, it pays the SEC to make fraud charges go away.

That is why it is awesome that Judge Rakoff refused to sign off on the Citibank SEC settlement. It’s also why people are pissed. “[This is] a case for which there is no direct precedent,” said Harvey Pitt. “Courts have been approving settlements by government agencies without any admissions of wrongdoing for years.” Pitt should know, since he is the former chairman of the SEC. Now he is chief executive at Kalorama Partners, a Washington lobbying firm that advocates on behalf of the financial industry. Imagine, for a moment, that this story is about the Gambino crime family settling a case with the Department of Justice. Imagine that one of the Gambinos’ lawyers is the former head of the FBI. How do you feel about your federal government?