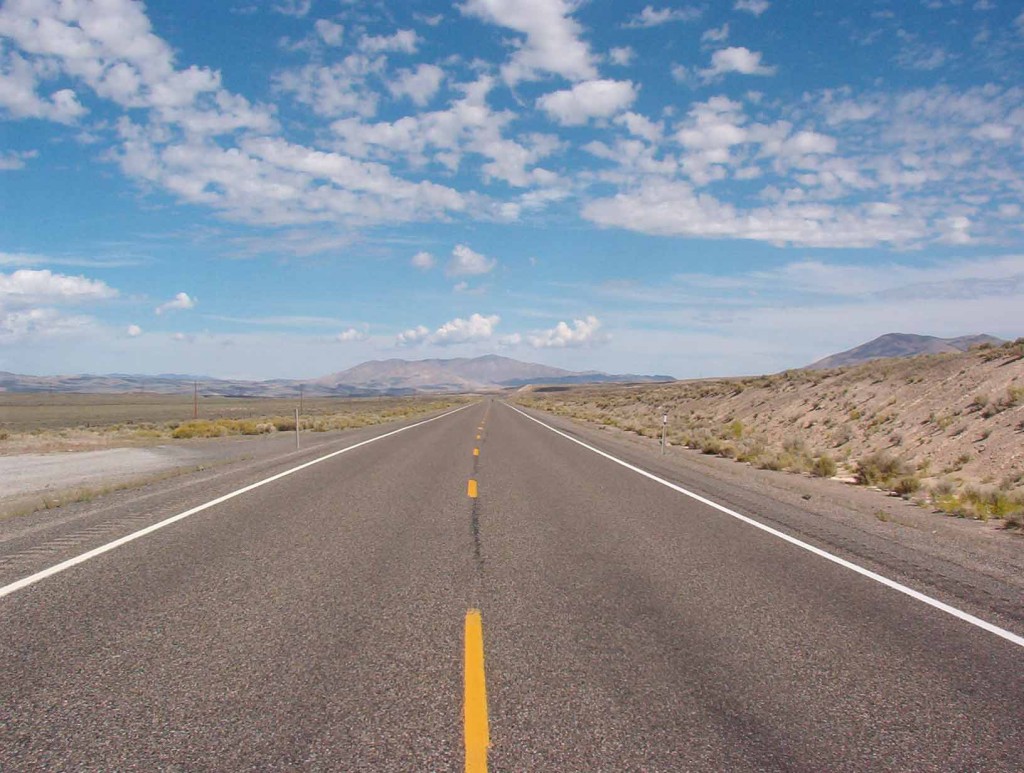 Ah, the lure of the broad, flat, seemingly endless expanse between the two rims of Ohio.

Oh, wait—I don’t really have a job. So I’m just like Jack Kerouac, except I hate jazz and none of my friends are sociopaths.* Combat! blog is going on the road today, so that I might return to my ancestral homeland in time for the Iowa/Iowa State game. Even as I’m leaving Washington, though, another widely unpopular nerd is coming back. Tomorrow morning, he’ll be telling your children to work hard and stay in school, and also to submit to the gradual takeover of all aspects of American life by the federal government. That part will probably be subtext, but don’t worry—people will interpret it for us. On Wednesday, Obama will give another speech to people who have already safely completed high school, and it might not be as encouraging. In my fevered imagination, he appears before Congress and calmly explains that anybody who hasn’t passed meaningful health care reform by October wears his ass for a hat, in a two-minute address that ends with him whipping Chuck Grassley across the face with a bicycle chain. Or maybe he’ll talk about the greatness of which America is still capable—I don’t know.

You know who else won’t know? Anyone who opts to watch the season premiere of So You Think You Can Dance, which Fox has decided to run instead of the President’s address. News Corp will still be running the speech live on sister stations Fox Business and Fox News, (which, I assume, will present his address with the Benny Hill theme playing in the background) but, in case you’d rather see competitive dancing than the President’s opinion about the single most important legislative package since The Great Society, Rupert Murdoch has you covered. I’d offer my opinion of this development, but A) you can probably guess what that is and B) I think this internet commenter puts it better than I ever could:

“THANK YOU FOX! He loves his the sound of his voice too much. And he chooses the night new Glee appears? No way! I hope the other stations take a stand against this, but they won’t, they’ll lose millions, and probably push off other good shows.”

You said it, ThatOneGuyWhoPostedThis. But until other news outlets take a stand against the President’s refusal to keep abreast of the prime time programming schedule, his narcissistic fixation on his own legislative agenda at the expense of a show about high school choirs will continue to thwart the will of the American people. The vanity of a tyrant knows no boundaries, people. Thankfully, we have a free press to keep him in line. I’ll see you guys tomorrow. I’ve got 1100 miles to think about this.

* Okay, many of my friends are probably sociopaths.