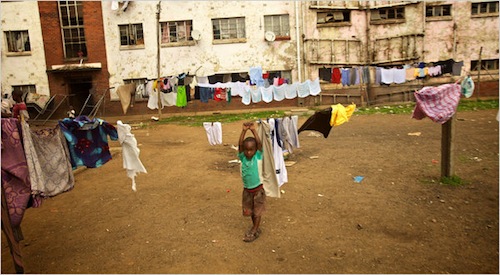 "Did you get that Nintendo you wanted, dick?"

The Combat! blog offices are still relocated in beautiful* Des Moines, where a general atmosphere of holiday cheer/blood toxicity pervades. While I stare fixedly at a cup of coffee without perceiving how much, if any, time is passing, check out this article about how Robert Mugabe is still trying to seize absolute control over Zimbabwe. Mugabe is 86 years old, so it’s either manipulate a fragile African democracy or read The Family Circus again. For the last several years, economists have argued over whether Zimbabwe is experiencing hyperinflation or the highest inflation in the history of money, and the entire country is a testament to what one man not formally educated in economics can achieve when he insists on making all decisions himself. But for my money, the filet of the article is this sentence:

Mr. Charamba, the president’s press secretary, rejected the assertions [that Mugabe’s party would intimidate voters], saying there would be ‘an all-out deployment to assure there is no violence’ by any party.

That’s some primo intimidatory doublespeak, right there. Don’t worry, though: ZANU-PF just found a massive diamond field. That should stabilize the region.