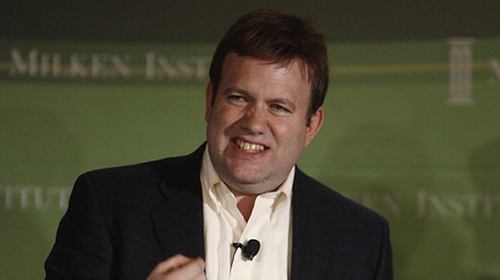 First of all, Luntz’s company is called Word Doctors, and their slogan is “It’s not what you say, it’s what people hear.” Can you hear me screaming “fuuuuuuck yoooouuu!” in my apartment? Fifteen words into your memo, Frank Luntz, and I’m already so angry that I briefly overlooked the comma splice. You can bet that Frank Luntz, PhD, knows two independent clauses should be joined by a coordinating conjunction or a semicolon, and his decision to deliberately commit an error in order to make his message more appealing probably captures most of what we need to know about him. Here’s the rest:

If there’s one thing we can all agree on, it’s that the bad decisions and harmful policies by Washington bureaucrats that in many ways led to the economic crash must never be repeated.

That’s from a text box entitled “Words That Work,” and it is a masterpiece of deceptive rhetoric. For the moment, let’s disregard the howling Orwellian void that is the phrase

“if there’s one thing we can all agree on.”* Instead, let’s untangle the deliberately convoluted string of dependent clauses that comes afterwards. If you were to hear this sentence as speech, you would identify the central declarative statement as asserting that something must never be repeated. The words closest to the “must never be repeated” part are “economic crash,” but they’re not the subject of the subordinate verb “must.” Instead, the thing that must never be repeated is “bad decisions and harmful policies by Washington bureaucrats,” but that’s virtually impossible to parse on first hearing, since it’s separated from its verb by nine words. Those nine words just happen to be, [the bad decisions and harmful policies by Washington bureaucrats] that in many ways led to the economic crash. That is an insane statement, right there, but it’s not the central assertion of the sentence; the central assertion is that not repeating those mistakes is the one thing we can all agree on. In its plea for common ground, this sentence forces us to accept “bad decisions and harmful policies by Washington bureaucrats caused the economic crash” as a postulate, just to be able to make sense of the sentence. Luntz’s tortured syntax induces the cognitive equivalent of Stockholm syndrome, as we accept his most questionable assertion in order to understand what is being said.

No one would ever accept the idea that an excess of regulation caused the meltdown of 2008. Pretty much every financial crisis in American history was caused by practices that we subsequently made illegal, which suggests if nothing else that Luntz confuses cause and effect. The one aspect of the economic crisis that everyone understands is that questionable practices by investors and brokerages—most of them in the financial services industry—caused the second-worst collapse in American history. That’s a serious PR problem if you’re trying to argue against regulation, particularly if you’re the Republican Party, whose usual horse in such races—the unfailing efficiency of free markets—was recently photographed fucking jockeys at the finish line. So, just as Republican senators responded to calls for health care reform by arguing that the United States has the best health care system in the world, the party appears to be addressing financial reform by claiming that it’s the only problem that ever existed in the first place.

If such an assertion came in the form of a simple statement—”Less regulation will create more robust markets”—it would be logically vulnerable, even risible, but not morally wrong. As it is, Frank Luntz appears to be trying to trick us. That he needs to smuggle his main argument as a postulate in a deliberately complicated, essentially empty statement—you’re right, Frank; we should try not to repeat the financial collapse—is a sign that he does not believe that what he’s saying can stand on its own merits. Maybe it’s not what you say; it’s what people hear. Maybe that’s a flaw in communication, not an advantage, and maybe we should try to counter it by making sure that what people hear is what we’re saying. Maybe a writer should tell the truth, and maybe Frank Luntz should think about exactly what it is he does for America.