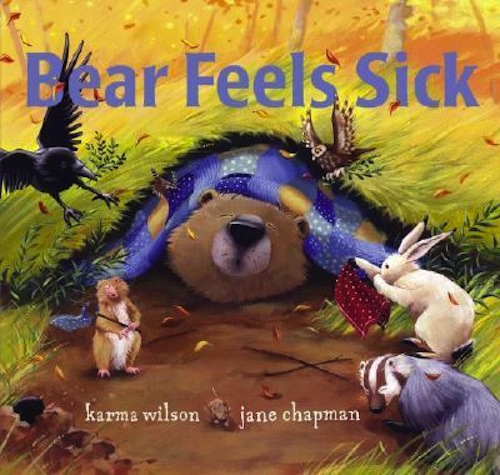 So it turns out mono is the best disease ever. You can’t really do anything about it besides rest and drink fluids, which I was doing anyway. Other than encouraging you to look at pictures like this on the internet, the symptoms are not that bad, but it remains a name-brand illness. When you say you have mono, people pity you like, immediately. I’ve been using it for everything. Late to the movie? Mono. Haven’t shaved in nine days? Definitely mono—too tired, skin weak. Thirty-four, jobless, unmarried—how do you think I got mono in the first place? Today is Friday, and I’m pretty much taking the day off for reasons you can guess. Today’s link-round up is half-assed—some might say mononuclear—and smug. I’m ill, literally, and every stupid thing I do is okay because of it. What’s your excuse?

That was a typo—I mean to write, “What’s your excuse, you mindwipe Alaskan beauty queen?” As part of her new role as George Foreman-style endorser of things, Sarah Palin has written this missive in support of Utah Senator Orrin Hatch. I believe her lead is worth quoting entirely:

Sarah Palin knows there are one hundred senators, right? We she says one percent of “national politicians” should be reelected and then picks Senator Orrin Hatch for same, she implicitly trashes the other 99. Jim DeMint? Sorry—one percent. That’s an unfair reading, though. Of course Palin is speaking figuratively, as she usually does with percentages.

If you want actual “of one hundred” percents—Percent Classic, as I like to call it—you need to go with a more reliable source, like random people who own telephones. Over at the Times, Charles Blow is extremely pleased with this poll data showing Democratic, Republican and independent attitudes toward various issues. Independents poll closer to Democrats on 13 of 18 major issues, which is bad news for the GOP. That’s interesting, but I personally was most pleased to discover that independents are more likely than both Republicans and Democrats to regard divorce as morally acceptable. They just don’t like to affiliate.

The other aspect of those polling numbers, of course, is that the two major parties disagree profoundly on pretty much everything. America’s vaunted ideological consensus obtains in only one area: crazy prices for stuff the Pentagon buys. Anyone who has ever discussed politics in a bar knows about the $800 toilet seat, but that’s a steal compared to the $17,000 Black Hawk helicopter drip pan. It catches transmission fluid, and it is “leakproof”—an adjective which, applied to metal, means “no holes.” It also happens to be made by a company in Kentucky, and Kentucky happens to be represented by Harold “Prince of Pork” Rogers, now head of the House Appropriations Committee. An aide said Rogers “inserted the earmark after Army officials went to him with concerns about fluids that were leaking into the cabins of Black Hawks, splattering not only crew members but also wounded soldiers being airlifted to hospitals.” Clever rhetorical move, Rogers—that’s like defending the $800 toilet seat by pointing out that, without a toilet seat, you’d just have to sit on poop.

Ben Fowlkes sent me that video. He reads Deadspin so you don’t have to, and you should repay him by listening to his and Chad Dundas’s rad Co-Main Event Podcast. Don’t care about MMA? Jesus, you must have mono or something.