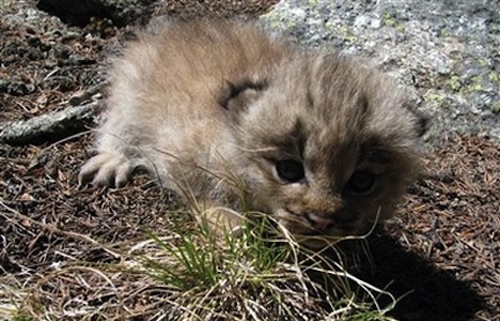 One can only imagine what life is like for an engineer, or a commercial fisherman, or some other person whose survival is predicated on their assessments of things actually corresponding to the world around them. The real racket is commentary, where ontology goes out the window in favor of epistemology, and once epistemology gets comfortable it stops wearing pants and starts leaving Mountain Dew bottles full of chew spit on the coffee table, while simultaneously claiming that it cleans up “all the time.” As in fashion, the trick in commentary is not to be right so much as memorable. Even being publicly proven wrong is a moment of career advancement, providing at worst an occasion for further commentary. Frankly, we at Combat! blog are a little jealous that we’re not getting a bigger piece of the pie. We’re wrong all the time, but nobody ever pillories us for our specious claims, much less our constant use of the word “rimjob.” One suspects that we simply need a bigger megaphone.

Now that the New Yorker only publishes stories about Nigerian children and Jonathan Safran Foer,* my best bet is to get some kind of job writing fiction for The New York Times. In a coincidence nearly as terrifying

as yesterday’s brief agreement with Ann Coulter, Jack Shafer at Slate has pointed out that a large number of Times trend pieces seem, um, made up. Props to Ben al-Fowlkes for the link. Shafer mentions several pieces we’ve marveled at in Combat!, including my personal favorite, last year’s insane assertion that pot bellies are cool. What sent him over the edge, though, was the claim that the kids had started wearing “circle lenses,” which apparently make your pupils/irises look really big, like Lady Gaga. Either the median age of NYT trend writers is 54, or the median drug habit is “debilitating.”

Speaking of old people with drug habits, Rush Limbaugh has successfully unified all the elements of contemporary conservatism—conspiracy theory, racism, and focused, obsessive hatred—by suggesting that Obama created the recession as payback for the historical treatment of black people. Props to my brother for the link, which he aptly described as “classy.” In addition to winning the Michael Steele Award for historical scholarship, Limbaugh has finally begun to gleefully and openly defy the last rule of civility left in American political discourse, by alleging that his opponents in fact hate America. “I think we face something we’ve never faced before in the country,” Limbaugh said on his radio show Friday, “and that is, we’re now governed by people who do not like the country.” Fortunately, we still have commentators whose careful stewardship is driven only by a desire to see the nation succeed.

You’d think that such remarks—the first black President is deliberately manipulating the world’s largest economy in order to take revenge on white people—would disqualify Limbaugh from celebrity, or at least from being taken seriously, since they’re kind of, um, Aryan Nation-level racist. It turns out that racism is totally cool again, though, as demonstrated by Joel Stein being allowed to just publish that shit in Time magazine. Both Time and Stein have apologized for his absurdly bigoted humor piece about how he wishes Indian people hadn’t moved to his hometown of Edison, New Jersey—Stein claiming that he meant it as satire of anti-immigrant sentiment and Time, presumably, claiming that nobody read it before they printed it. Tom Scocca isn’t impressed, and argues that the force of Stein’s racism was in fact blunted by the technical problem that he is not in any way funny.

Agreed. And just who is Joel Stein, anyway? Presumably, one would have to have a pretty successful career in comedy before one is just given a regular humor column in Time magazine. Then again, maybe one need only be born with some sort of eating utensil of precious metal in one’s mouth/anus. A quick examination of Stein’s biography reveals that, after graduating from Stanford, Stein wrote one year for Martha Stewart Living, spent two years as the sports editor of Time Out New York (ed: probably made up,) and co-produced three unsuccessful television pilots, one of which was called Hey Joel. This is pure speculation, here, but I’m going to suggest that Stein’s progression from English major to magazine writer to television producer indicates that he is filthy fucking rich. Good to know he’s put his opportunities to use.

Sorry—that got super vitriolic, there. Stein is only one man, and his willingness to openly espouse racial viewpoints that were scientifically and morally discounted fifty years ago certainly isn’t representative of the broader American media. Serious adults who actually have to participate in the meritocracy don’t think like that, or at least don’t say it publicly. For example, they would never do anything like this: