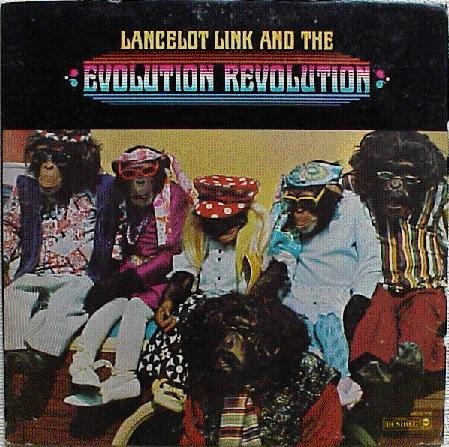 Once you've made Lancelot Link: Secret Chimp, you don't really need to protect the dignity of the project.

It’s easy sometimes, when you’re sitting in Starbucks listening to the woman at the next table rhapsodize into her cell phone about Couples Retreat while her many children shriek and bat at each other’s genitals with rulers, to think that maybe you’re outnumbered. We at Combat! blog spend an unhealthy amount of time thinking about oppositional culture, and in that context one can fall into the trap of believing there is a massive, sluggish chunk of humanity arbitrarily opposed to anything one tries to accomplish. I mean, there is, but there aren’t as many of them as you might think.

Take the recent poll suggesting that 57 percent of Americans support a public health insurance option. After months of news telling us it was dead, of political analysts declaring that it was legislative poison, of John Boehner claiming he couldn’t find one person outside Washington who supported it, I was under the impression that, you know, people didn’t like it. It turns out that those who favor the public option outnumber those who oppose it by seventeen points—a margin far greater than the 53-to-49 margin Barack Obama enjoyed over John McCain in the popular vote. Of course, that was landslide victory; 17 points on a public option (or 30, in the case of states that don’t have affordable private options) is a slim margin to the national press. Which begs the question: Why isn’t the widespread pubic support for—and legislative opposition to—the public option the biggest news story in America right now? What happened to that liberal media bias I was raised on? Is it possible that the American people aren’t actually the problem with this one?

Harry Reid thinks so, and he’s willing to bet a little political capital on it. Today’s Times reports that he’s pushing to include a public option in the Senate’s health care bill, and he seems to believe that his 60-seat Democratic majority might actually allow him to, you know, make laws that Republicans oppose. I’ve pointed this out before, but the Democratic Party could declare Friday silly hat day and force us all to marry gay dudes if they were so inclined.*

Their agenda is limited only by their boldness and their perception of what the American people will tolerate, and in the context of this most recent Washington Post poll, they’re absolutely pusillanimous. Remember how completely insane the GOP went when it got ahold of the executive and legislative branch at the same time?

Even Chris Dodd (D-CT), the man so thoroughly in the pocket of the insurance industry that Ralph Nader once called him “the Senator from Aetna,” supports the public option. According to a recent article in Slate, Dodd has received over two million dollars in contributions from the insurance companies, putting him second only to John McCain among Senate darlings of the industry. In terms of contributions from health-specific insurers, he’s second only to (gasp) John Boehner. Thank god Dracula didn’t give John Boehner a million dollars last year, or we’d all have holes in our necks. If a hardened old whore like Dodd can step up and do the right thing for uninsured Americans, then surely the rest of the center-left Congress can support him. I’m looking at you, Joe Lieberman.