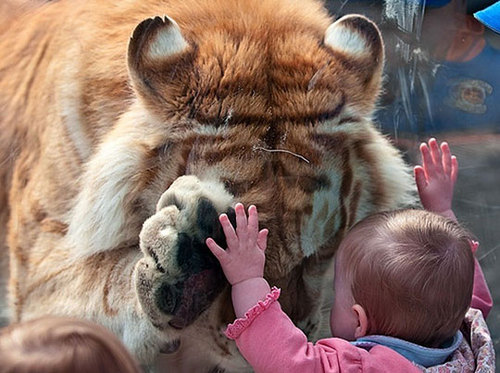 Oh, people and to a lesser extent animals—it’s impossible to know what’s going on in their heads. You want to assume that they feel stuff and see green and whatnot in roughly the same way as you, but who’s to say? You’d think that would be a call to empathy, but for the most part it’s an excuse to treat other minds badly. The first time we went fishing, my grandfather explained to me—precocious child I was—that fish don’t have nerves in their mouths, so they can’t feel the hook. It sounded questionable, but believing it enabled me to shut up and keep fishing with my grandpa, and besides—how could I know? Today is Friday, and the opacity of other minds is all that makes life bearable. Won’t you adopt a cavalier disregard with me?

Behold the freakiest other mind of them all—the one that cannot really be called a mind, because some nerds built it:

In my long life as a dork, I’ve seen more than one conversation robot, but old Phillip seems to have the best brain yet. I cannot say the same for Chad, whose conversation skills lag far behind those of the robot made to replicate human speech. “I live in Washington, DC,” he says. “I have two kids.” That’s your opener? Here is a man who does not go to a lot of parties.

Meanwhile, among actual experiencing minds whom we do not have to treat as human because we’re at war with an idea, the hunger strike at Guantanamo Bay is growing. By “growing,” I mean 15 of them have been forcibly intubated to take a nutritional supplement through the nose. Indefinitely imprisoning people while refusing to charge them is bad. In my opinion, it’s un-American, no matter how foreign the people we’re doing it to. But jamming tubes into their noses so they are forced to live in this indefinite Cuban prison rises to a different level of abuse. No one could stand the idea of us doing this stuff to our fellow Americans. Does doing it to unidentified guys from Yemen really make it okay?

But the Constitution isn’t just the defining document of the American experiment; it’s also a symbol of patriotism whose actual words you can ignore, as long as you’re doing it for really patriotic reasons. The Daily Show makes a fine assessment of the custom here:

Props to Ben al-Fowlkes for the link. It’s not that Fox hates the Sixth Amendment and wants to torture a 19 year-old from Chechnya. It’s just that they know that their audience hates/wants that, so they offer them that idea for ratings. That’s the beauty of the highest-rated television news network: everyone knows how to follow it’s general tendency, but no one is actually guiding it. It’s like our buddy Phillip. Nothing is actually going on in there, but you tell it where you live and how many kids you have and hope for the best.

Come to think of it, the whole country is full of uncontrolled processes. Consider Jack Abromoff’s short and terrifying description of how to get your perk into a bill. Props to Attempt for the link. Basically, Abramoff’s advice is “make sure nobody hears about it.” If there is a more succinct description of how representative government is subverted, I have yet to hear it. I’m sure it’ll come along.

Oh, here we are: you can invest the representatives of low-population states with equal voting power to those of states twenty times larger, and then also give any one representative the power to paralyze all the others by fiat. Shortly before announcing his retirement, Montana’s own Max Baucus voted against the Machin-Toomey Amendment. When the LA Times asked him way, he responded with one word: “Montana.” That’s a savings of exactly one word over the figurative meaning of his statement, “fuck you.” Say what you will about Baucus’s career as a senator, though; at least he launched several successful lobbyists.

Ours is truly a disturbing universe, but the important thing is that we continue to make soul music. Props to Chad for the best thing you’ll hear all day:

Look up the origin story for this band. I dare you.