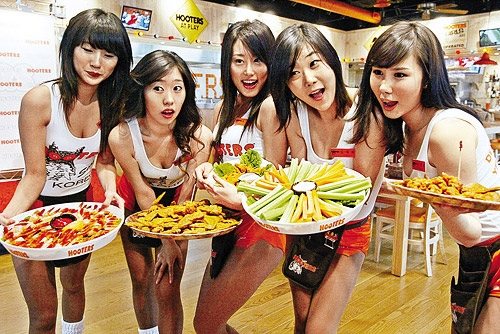 on Thursday nights or what, but every once in a while, I wake up on Friday morning and find American culture extremely weird and alienating. Today is one such Friday. How did we arrive at our peculiar combination of performative Christian morality and relentless sexualization of women, men, children and sometimes objects? Even if you can explain that, how did we get from there to Tracy Morgan? The invention of endstopped rhyming language patterns seems vertiginously contingent enough, without even mentioning murder-themed clown rap. Virtually every particular of society and discourse is arbitrary and bizarre when you look at it closely, yet our immersion in it makes it all seem so necessary. It’s the existential dilemma writ large: radical contingency, radical interrelationship, radical nutjobs yelling at you on television. Today is Friday, nothing makes any goddamn sense at all, and it’s all super important. Here is your American culture.

If you suspect I overstated the role that the performance of Christianity plays in our public life, I invite you to consider Alabama Governor Robert Bentley. He seems like a relentless churchmonger just looking at him, and his inaugural remarks a couple of weeks ago did nothing to disappoint:

There may be some people here today who do not have living within them the Holy Spirit. But if you have been adopted in God’s family like I have…then you know what that makes? It makes you and me brothers. And it makes you and me brother and sister. Now I will have to say that, if we don’t have the same daddy, we’re not brothers and sisters. So anybody here today who has not accepted Jesus Christ as their savior, I’m telling you, you’re not my brother and you’re not my sister, and I want to be your brother.

The CBS report doesn’t say this, but he presumably went on to offer a nearby Jew one last chance to convert before he punched him in the nuts, visiting older cousin-style. That’s what you get for having a daddy who is a close but not immediate member of the new governor’s family, Marty.

It could have been worse. Several months ago, we talked about how representatives of various evangelical groups had gone to Uganda to explain, in a loving Christian way, how homosexuals sodomized young boys and conspired to undermine the “marriage-based society.” This Wednesday, David Kato, one of Uganda’s most famous gay rights activists, was beaten to death with a hammer. Much like the country’s proposed legislation to execute homosexuals or a recent newspaper outing of the “100 top homos,” this murder was not related to a bunch of American ministers alerting everyone to the existential threat that gay people pose to Ugandan society. “Naturally, I don’t want anyone killed, but I don’t think I had anything to do with that,” said Don Schmierer, one of the participants in the 2009 conference. “I spoke to help people, and I’m getting bludgeoned from one end to the other.” Sensitive choice of words, Mr. Schmierer.

There are millions of these people, and they’re going to put a half-literate ice cream social MILF into the White House. Sarah Palin has responded to the State of the Union Address, telling Greta Van Susteren that it contained “a lot of WTF moments.” See, WTF could be an acronym for “win the future,” but it also stands for “what the fuck?” Saying “WTF” is a great way to express disdain for things because you don’t understand them, which explains why Palin disdains so many things. “That was a tough speech to have to sit through and kinda’ try to stomach, because the president is so off base in his ideas on how it is that he believes government is going to create jobs,” Palin said. “Obviously government growth won’t create any jobs, it’s the private sector that can create the jobs.” Obviously, increasing the number of people employed by the federal government won’t create any jobs. Obviously, American discourse can survive if we respond to the President’s report on the state of the nation by saying “what the fuck?” and winking. Obviously, we are still smart enough to handle democracy.

All that is just preamble to the real zenith of American culture, however. The Enlightenment, the development of an American literature, industrialization, the Marxist critique of liberal democracy, contemporary psychology—all of it comes together in the one cultural product that thousands of generations of homo sapiens sapiens struggled to create: parody videos of both 24-hour news broadcasts and carnivalesque midwestern serial killer rap metal for clowns. Feast your eyes on what I presume is the final development in American culture: