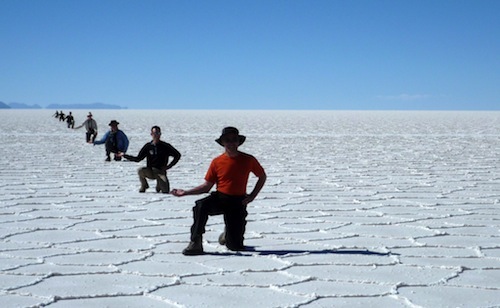 I think it’s fair to say I went a little craze-balls regarding the NSA thing. I maintain that’s because secretly collecting millions of Americans’ phone records is a historically craze-balls thing for the US government to do, but there are good arguments on the other side. Probably, the NSA doesn’t care about anything besides preventing the President from coming down into their spy basement and personally blaming them for another terrorist attack, and most of our metadata is collected by the waste basket. Almost certainly, the hypothetical Fourth Amendment value of our Facebook friends is not so ethically compelling as an explosion-free Boston marathon. Today is Friday, and the week recedes behind us in forced perspective. Won’t you take a step back with me?

Over at his newly independent Dish, Andrew Sullivan summarizes the domestic-surveillance-is-not-a-big-deal argument with convincing quotes from David Simon. Secret thought it may have been, NSA records collection is legal under the Patriot Act, a law whose very name assures us it will not be abused. The very scope of the surveillance suggests that content-level scrutiny would be impossible for reasons of labor hours. And, since all versions of the argument end this way, there really are devoutly religious hicks who want to detonate our school buses. So what’ll it be: your phone records or you life?

Meanwhile, at the New York Er, Jane Mayer gives the lie to at least one of Simon’s claims. It turns out metadata is way more valuable than content, if you use it right. Say I call the pet store, then the veterinarian, and then the voodoo pet re-animator—you might reasonably surmise some events in my month. A former engineer at Sun Microsystems points out that metadata is a great way to identify romantic involvements and meetings among political operatives. Blackmail and repression of out-of-power parties are two defining abuses of the police state, but whatever. At least they can’t hear the content of their wives’ affairs.

Random surveillance is a terrifying intrusion of government into our daily lives. Corporate surveillance, on the other hand, is marketing. The Onion wins by photo selection yet again with Area Man Outraged His Private Information Being Collected by Someone Other Than Advertisers. It says something about my confidence in government that I object to the feds getting my browser data from Google, but I don’t object to Google having it. Considering that 98% of my information reaches me through Chrome, maybe I am wrong to think that government will become the overbearing influence in my life. When Google and Verizon run society for a profit, we will long for a government that cares about our political views enough to repress them. At least I will have amazing shoes.

Meanwhile, in how you look at things, the suspicious package destroyed with a water cannon by the Iowa City bomb squad turned out to be a work of art. Russell Jaffee sold it to a lady who subsequently put it in a disused newspaper vending machine where people put free stuff. Another lady, seeing wires sticking out of a newspaper vending machine, called the cops, who followed protocol in clearing the neighborhood and destroying the suspicious object remotely. All this happened during an art festival, although the Iowa City hometown Patch reporter (editor!) declines to mention the festival outside his headline. There are two moral lessons here, and they are obvious:

Maybe that’s what troubles me most about the other perspective in this NSA thing. I thought we all agreed that it was us against the cops. Perhaps in this post-9/11 world of Jack Bauers and non-ironic NYPD hats, I lag behind the half of the country that knows the police are heroes now. They wouldn’t hurt us. You just need to put the whole thing in perspective. I mean, if the threat of global anarchism had prompted Taft to secretly document the telegram activity of every person in Chicago, history wouldn’t remember that as an unconstitutional overstep, right? When it comes to steps, it’s all how you remember them:

And now filtered for decade:

And away into history we go.