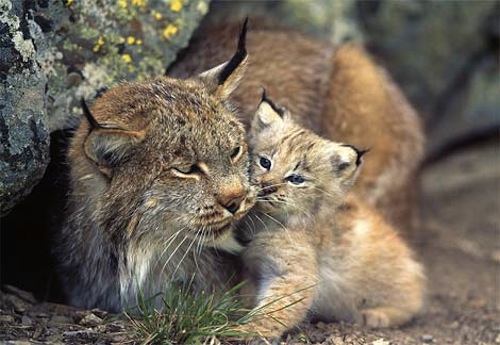 Certain events so confirm our worldviews that we can’t believe they didn’t happen sooner. Their actual occurrence seems almost like an afterthought, so thoroughly have we already integrated their essential meaning into our subconscious. In preparation for a weekend we’ve been anticipating since Tuesday, today’s link roundup is about the things that finally happened—comeuppances gotten, riddles solved, and least charitable assessments confirmed. It’s Friday morning, the now is happening, and Combat! blog is poised at the place where hindsight and foresight meet. Behold, the majestic links!

First, the story you’ve undoubtedly read but I can’t get enough of: Lou Dobbs has been scientifically determined to be a hypocrite douchebag. The former CNN host and anti-immigrant demagogue, who once suggested that employers of illegals face felony charges, has been found to have employed several undocumented workers himself. According to the Nation—which really seems to be enjoying this, by the way—Dobbs “has relied for years on undocumented labor for the upkeep of his multimillion-dollar estates and the horses he keeps for his 22-year-old daughter, Hillary, a champion show jumper.” It’s almost as if old Lou saw illegal immigration not as the mortal threat to middle-class Americans that he made them out to be, but rather as a cynical means of uniting said Americans in xenophobic outrage behind his television show so that he wouldn’t have to mow his own race horse farm. Or that he felt his own morals only applied to others—take your pick. The important thing is, he might run for President.

At least he knows the right people. Barry Ritholtz has released this handy graphical depiction of money and influence in American politics, which seats senators and congresspeople according to their largest business contributors. Not surprisingly, given the bailout and the glacial drip of financial reform, the finance, insurance and real estate industry is killing it in DC. Unions run a close second, at least in the House, which explains why Representatives get three months off a year and don’t have to vote during lunch. Hey-o! Seriously, though, big labor has turned Americans against a cause hundreds of years and thousands of lives in the making. I’m sure that won’t bite us in the ass during our protracted jobs crisis.

But on the plus side, we figured out the bee thing. Joint research by the Army and by scientists two blocks away from me at the University of Montana has found the cause of Colony Collapse Disorder, the heretofore mysterious ailment that has killed a terrifying percentage of the world’s honeybees. If you guessed “combination of RNA virus and fungal agent” in your office’s Colony Collapse Disorder pool, you just won $35 dollars. If you guessed “profound reduction in natural pollination leading to complete destruction of the food chain,” you might get second, since scientists still haven’t figured out how to stop this thing. They have, however, gotten much better at making “bee paste” from carcasses for analysis. According to the Times article, the best way to do it is with a coffee grinder. Grandma was right.

While elitist scientists are wasting your tax money on figuring out what’s killing the natural world, the Republican Party continues to lead research into what ordinary Americans look like. The casting call for a recent ad produced by the National Republican Senatorial Committee called for actors with a “hicky, Blue Collar [sic] look” to appeal to voters in West Virginia. The ad itself is a remarkably succinct distillation of Republican politics at the moment: complaints that Obama is “messing things up” and “spending money we don’t have” juxtaposed with images of flannel-clad everyman types, all in the service of a Senate race only tenuously related to the President. At this point, the semi-ignorant hick has become the Soccer Mom of American politics: a chimerical creature that decides every issue and may exist only in the minds of strategists. If you enjoy the political class’s current obsession with appealing to “hicky, blue-collar” types, you’ll love fifteen years from now, when the holy grail becomes mildly confused old people.

Fortunately, we youth still have our self-loathing irony culture. Now that Look At This Fucking Hipster has stopped updating—and the author has repudiated the whole project after getting the check from his book deal—we must bear ourselves back into the past and look at these fucking hipster dinosaurs. My personal favorite is the stegosaurus who remembers when this volcano used to be dormant, although the second world balloon kind of spoils it. Bonus points for the bittersweet parallel between the inevitable extinction of both dinosaurs and hipsters, who mock the outdated in fashion even as they participate in one of its most fickle iterations. You know I can talk about this forever.