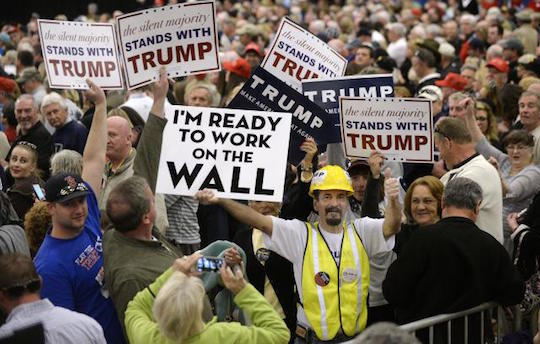 As near as I can gather from the markets, Britain has voted to break off into the sea. The British pound sterling—or “kwat,” as the Cockneys call it—plunged to its lowest value in thirty years last night, after the United Kingdom voted to leave the European Union. It was widely perceived as a victory for white nationalism, after pro-exit politicians stoked fear of Muslim immigrants streaming into England on EU passports. “Brexit,” as leaving  became known, was so popular among assholes and so vehemently opposed by those who understood it—market analysts and journalists, mostly—that it came to symbolize the destructive ignorance of nationalist populism. This morning, the Washington Post reported that The British are frantically Googling what the E.U. is, hours after voting to leave it. They’re dumb, is what we’re saying here. But the events actually reported turn out to resemble what you’d expect from any major event:

At about 1 a.m. Eastern time, about eight hours after the polls closed, Google reported that searches for “what happens if we leave the EU” had more than tripled.

If such phenomena prove the stupidity of our neighbors, we’re going to run out of dunce caps. Also, our neighbors will eventually train dogs to smell books and find our secret hiding places. Today is Friday, and it’s the dumbs against the smarts. Won’t you assume which side you’re on with me?

First, the good news: Data-driven research has finally proven that Bernie Bros seem more important on Twitter than they actually are. A survey “conducted by the RAD Campaign, Lincoln Park Strategies, and Craiglist founder’s Craig Newmark’s initiative craigconnects”—all of which sound like real things—found that Donald Trump supporters are perceived to be the most aggressive online. Even 35% of Trump supporters agreed Trump supporters were very aggressive or threatening on social media. And Bernie Sanders? His supporters were considered the fourth most-aggressive, behind the followers of a certain dudebro I like to call Hillary Clinton. Behold: 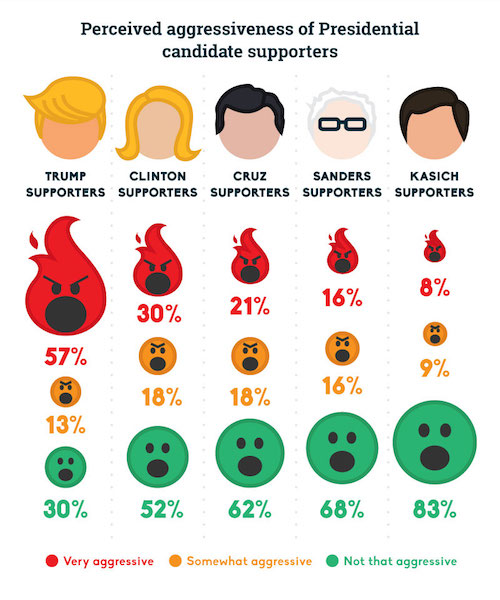 Take that, strangers I argued with on Twitter three months ago! Revenge is a dish best served cold. Meanwhile, in the House of Representatives, Louis Gohmert has finally hit on an argument against homosexuality more convincing than “Adam and Eve, not Adam and Steve.” Behold what will henceforth be known as the Space Colony Argument:

If you could decide what 40 people you would put on the spacecraft who would save humanity, how many of those would be same-sex couples? You are wanting to save humankind for posterity—basically, a modern-day Noah. You have that ability to be a modern-day Noah. You can preserve life. How many same-sex couples would you take from the animal kingdom and from humans to put on the spacecraft to perpetuate humanity and the wildlife kingdom?

. . . Gohmert seems not to realize that he, too, is a modern-day Noah insofar as he has the ability to preserve life. I await his gun control and carbon emissions bills.

Meanwhile, as we lambast some jumped-up deacon for talking nonsense in Washington, entrepreneurs are opening private prisons just about everywhere else. The US incarcerates a greater portion of its population than any country in the world. It’s not fair to compare us to countries like North Korea and Iran, of course, because they don’t have our infrastructure, but whatever. America is for making money, and our justice is no exception. Mother Jones reporter and apparent badass Shane Bauer spent four months working for the Corrections Corporation of America as a guard at Winn Correctional Center, a Louisiana prison where inmates outnumber guards 115 to 1. His experience will make you want to shut down that place immediately. If you only read one link from this whole Friday links, read that one. It’s fantastic.

If you only look at one grotesque dreamscape stretched into a parade across water from this whole Friday links, look at this:

I assume this Bosch Parade has something to do with hellscape painter and Combat! blog art director Hieronymus Bosch, but who can tell from all those oops and eens in the subtitles? This parade is probably something people in the Netherlands do in the hopes they will die before the long winter. I hope to die before most people remember this version of the Ghostbusters theme:

Although I remain unafraid of ghosts, I am scared that Hollywood ran out of ideas and now subconsciously hates the great movies of the past, and therefore feels compelled to destroy them. I’m not mad the Ghostbusters remake has an all-woman cast. That’s the only fun thing about the Ghostbusters remake. The rest, like Fallout Boy’s artistic decision to take not being afraid of ghosts seriously, reflects the triumph of labor over joy. Here’s a fun question: If this song becomes a massive hit, is it listeners’ fault for being stupid or Fallout Boy’s fault for making it? I know whom I would blame, if I were Fallout Boy.