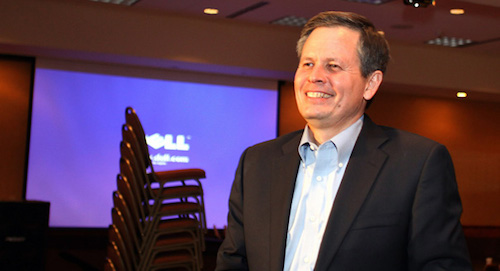 Rep. Steve Daines (R–MT) smiles with the mouth part of the face.

Last week, the House of Representatives approved a bipartisan budget deal between Paul Ryan and Patty Murray, paving the way for Congress to pass its first budget since early 2009. Ezra Klein disagrees, but pundits hailed the compromise as a step back to functional two-party government in Washington. Ryan-Murray passed the house 332 to 94, and Montana’s own Steve Daines was one of the 94 against. In a statement, he said that the budget didn’t cut spending enough, and Congress needed to come up with “real solutions” to its debt problems. “Real solutions” turns out to be a phrase Daines uses consistently to talk about imagined alternatives to an existing piece of legislation. You can read all about it in my latest column for the Missoula Independent. If you don’t like politics but are somehow still reading this, you could also peruse this arts feature about my attitude toward Christmas music. It contains a made-up anecdote involving my mother, for license. Sorry Mom. In addition to all this journalism, I also turned in a 19-page story for Write Club this week, and I did a bunch of commercial work, and I threw up out my nose. It’s the busy season. We’ll be back tomorrow with Friday links.