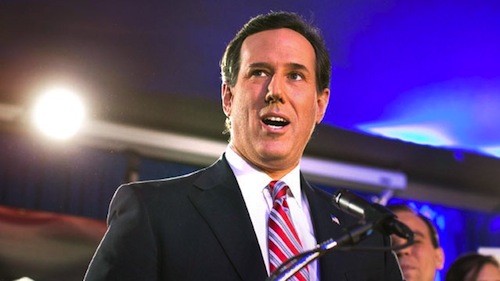 The difference between the US President and a king, as any red-blooded American knows, is that you can tell the king of America to fuck himself. He probably won’t do it, but it’s nice to be able to make the recommendation. Living in the United States got a little less nice last week, when the House of Representatives approved HR 347—a bill that The Hill specifically describes as “non-controversial.” The Hill is like the guy at the poker table who looks at his cards, shakes his head, sighs and then calls three hundred dollars. In addition to “clarify[ing] in US law that it is illegal to trespass on White House grounds,” the full text of the HR 347 contains the follwing:

(1) the term ‘restricted buildings or grounds’ means any posted, cordoned off, or otherwise restricted area—

(B) of a building or grounds where the President or other person protected by the Secret Service is or will be temporarily visiting; or

(C) of a building or grounds so restricted in conjunction with an event designated as a special event of national significance;

It is now a felony to glitterbomb Rick Santorum.

First of all, don’t glitterbomb Rick Santorum. Even Rick Santorum won’t realize you did it, and your hoarse shrieking will only excite the guy from Titus Andronicus. Secondly, now that he is protected by the Secret Service, Santorum takes “restricted buildings or grounds” with him. The troublingly-named Federal Restricted Buildings and Grounds Improvement Act of 2011 makes him a sort of moving no-protest zone—along with Mitt Romney, the President, and Joe Biden.*

If Santorum were to hold a campaign rally at, say, Zucotti Park of September—here the collapse of that protest stiffens the metaphor—everyone at Occupy Wall Street would become liable to arrest. The demonstration becomes illegal the moment it demonstrates to a powerful person.

The purpose of HR 347 is probably not to introduce a way to quash protest simply by flying the President to the UC Santa Barbara dining hall. That would be dumb. The purpose of HR 347 is to find a way to punish those who harass the president or candidates for president when that harassment does not fall under the rubrics of assault, trespassing, disorderly conduct or other laws. So, you know—when you’re doing something that isn’t illegal. The good, mildly paranoid people at Reason have put together a good analysis of ways HR 347 could be abused. It’s depressing that their best media source is Russia Today, since the silence of American news outlets has been deafening. But more depressing than the potential abuse of HR 347 is the purpose for which it was actually intended.

The Federal Restricted Buildings and Ground Improvement Act of 2011 operatively criminalizes the act of annoying the president. The right to annoy must not be infringed. In an America where many, many layers of administration separate the ordinary person from the apex of his government, the right to protest is a small but significant leveler. You may not be able to keep the president from invading Iraq, but you can look him in the eye and tell him he’s an anus for doing so. By can, I mean could. Thanks to HR 347, the president and the besuited millionaires vying to succeed him now bring with them an aura of federally mandated respect.

In this way, they resemble nothing so much as kings. Over in England, where you’ll enjoy what rights you are given and put vinegar on your fries and like it, the royal personage has little real power but plenty of legally-ordained respect. He can’t start a land war in Asia, but you can’t look him in the eye.*

Within a system that is basically egalitarian, this state of affairs preserves a gesture at inequality. It is an expression of the British commitment to aristocracy, whatever history and the law should eventually make it mean.

That makes it a horrifically wrong law for America. Given the enormous hereditary fortunes amassed in the last generation, the recent obliteration of any limit on election spending, and the stone fact that all serious candidates for president are currently millionaires, the egalitarian experiment may continue in hypothesis only. But our hypothesis will be acknowledged, dammit. The American people must be allowed, one by one and en masse, to instruct power to fuck itself. When protest is increasingly toothless, that gesture may be all we have.