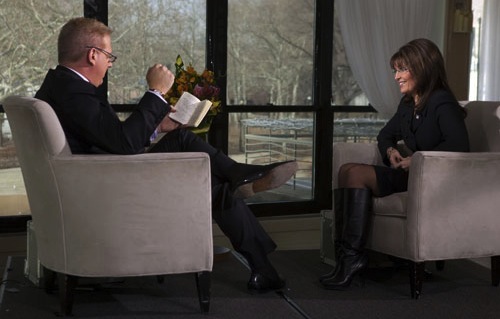 The file cabinet interviews the cat.

Yesterday, on his radio show, Glenn Beck announced that he had conducted an email exchange with Sarah Palin regarding the public response to Jared Lee Loughner. Props to Ben al-Fowlkes for the link. “Sarah, as you know, peace is always the answer,” Beck said he wrote. “I know you are feeling the same heat, if not much more on this. I want you to know you have my full support.” One hopes, for Palin’s sake, that he is already lying at this point, and that she does not have to field creepy emails from Glenn Beck every Monday morning. Regardless, Beck claims that two things happened next. First, he recommended that Palin hire some bodyguards or something, “because an attempt on you could bring the Republic down.”*

As Emily Post reminds us, you should always conclude any letter of support by speculating on what would happen if the person you’re writing to were assassinated. Second, the response he claims to have gotten from Palin is so baffling, so obstinate in its thwarting of sense, that it is the subject of today’s Close Reading.

According to Beck, here is what Palin wrote back:

I hate violence. I hate war. Our children will not have peace if politicos just capitalize on this to succeed in portraying anyone as inciting terror and violence.

Go ahead; read it again. If they ever develop a computer that understands the English language and subsequently becomes a Skynet-style tyrant crushing humanity under its titanium boot, this is the sentence we can use to destroy it. Every time I read it, I experience a period of missing time. Exactly how our children will be denied peace by the successful, if excessive, portrayal of language as an incitement to violence is beyond my capacity to understand. But these are two of the most admired Americans in conversation with each other, so we have to try.

First of all, it’s a good thing Elements of Style co-author and vocal proponent of violence against women E.B. White*

isn’t alive, because he would slap Sarah Palin in her crooked mouth. Omit unnecessary words, harpy. Now that I have capitalized on my mug to succeed in taking a sip of coffee, I have calmed down enough to say that a good portion of the third sentence is filler. Excise it, and Palin is saying, “Our children will not have peace if politicos just portray anyone as inciting terror and violence.”

Ah, you say in a vaguely effeminate tone, but there is another unnecessary word in this sentence: the demon “just.” Normally, I would agree with you. You can just add that word to almost any sentence, and it just rides along without altering the meaning. In this case, though, “just” may be the missing key to the abandoned storage locker of Palin’s mind. It does little where it sits now, but if we move it to another place in the sentence—as Palin is wont to do with almost any given word—we get “Our children will not have peace if politicos portray just anyone as inciting terror and violence.”

Now we’re approaching some kind of sense. Palin is worried that discourse will be hobbled if we start equating speech with violence, and she packages it in the “think of the children argument,” because why the hell not? Never mind that last month, Palin herself suggested that Julian Assange should be classified as a terrorist, or that she generally uses the T-word with roughly the same frequency that the rest of us use commas. Concerns like that fall under the same category as the sentences “I hate violence,” and “I hate war”: lying.

But at least she phrases those lies clearly. The sliver of glass in Palin’s word-concept soup is the notion that “our children will not have peace” if we accuse purveyors of hyperbolic rhetoric of inciting violence. It’s true that putting crosshairs over congressional districts and comparing the President to Hitler are not direct incitements to violence. It is also true, however, that such images are aspects of an America so removed from real violence and so steeped in imagery violence that fat talk show hosts and beauty queens from Alaska run around talking like Bruce Willis characters. We shouldn’t accuse just anyone of encouraging violence with their speech. That doesn’t meant that speech can’t do that, however, or that it doesn’t just make us all a little dumber.