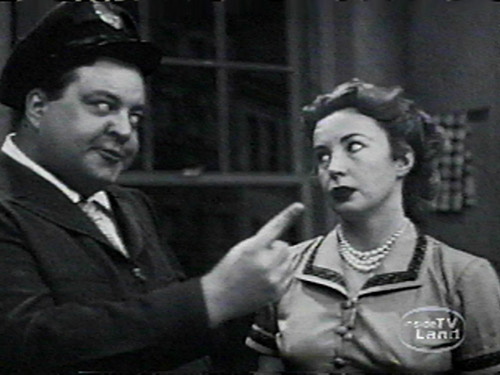 Ralph Kramden in The Honeymooners, hilariously threatening to beat his wife.

Due to recent financial troubles, the New York Times has been forced to sell their building in Times Square and relocate news operations to an office park on the moon. But don’t worry—they’ll keep observing us earthlings through high powered telescopes, reporting on each trend that sweeps through our surprisingly complex society. “Secrete not mucus from your eyes and nose, indicating sadness or physical discomfort,” a Times spokesman said from his hydro-suit. “Each human statistical emergence will be chronicled with the depth and up-to-the-minute [whirring sound] you have come to expect from America’s most respected newspaper.”

Making good on that promise is this piece declaring that as of this summer, it’s “hip”—a term meaning “following the latest fashion, especially in music and clothes”—to have a pot belly. Guy Trebay, whom you should Google search now before the results are swamped with re-posts of his Pulitzer acceptance speech, calls it the Ralph Kramden. The Kramden is “too pronounced to be blamed on the slouchy cut of a T-shirt, too modest in size to be termed a proper beer gut, developed too young to come under the heading of a paunch.” Basically, he’s narrowed it down to this one guy he took home from Union Pool. He should have called it the Rod Masters (Which I Looked Him Up On Facebook and That’s Totally a Fake Name.)