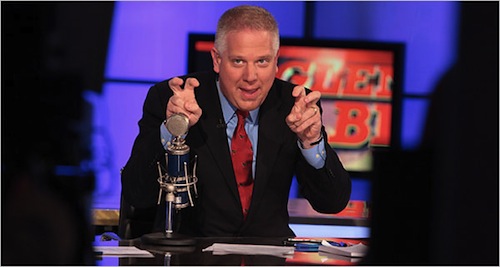 We’re fucked, you guys. Glenn Beck is a genius, and there’s no way to undo him now. Like Ozymandius before him, Beck has moved from crusader to architect of worlds. The conspiracy-oriented, anti-progressive television host has written a conspiracy-oriented, anti-progressive thriller called The Overton Window, which he describes as a work of “faction”—”completely fictional books with plots rooted in fact.” Exactly how faction differs from realism is not explained, although if early reviews are any indication, it has something to do with motivations, emotions and dialogue. I haven’t read The Overton Window yet—and I’m not sure whether my schadenfreude receptors can handle doing it—so I’m going to stick to what’s known: Glenn Beck has written a novel about a progressive conspiracy that attempts to install a one-world government by unfairly demonizing a grassroots patriotic organization called “The Founders Keepers.”