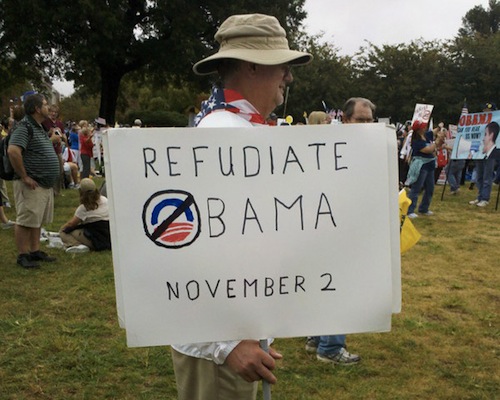 Smick sent me an interesting email yesterday about anonymous polls—particularly this one, which holds that 46% of Republicans believe that President Obama is a Muslim. When you think about it, that number is absurdly high. The notion that almost half of the Republican Party genuinely believes that the President of the United States secretly practices a religion—different from the one practiced at the church he attended in Chicago for years, which posed his most serious PR problem during the 2008 campaign—and that he has successfully hidden his practice from the most aggressive media in history, despite having two young children who will say anything once you get a couple juice boxes in them, is perhaps too fantastic to accept. Certainly, there are wingnuts. But half the party? That’s more agreement than could initially be mustered on the issue of Mitt Romney versus Mike Huckabee.