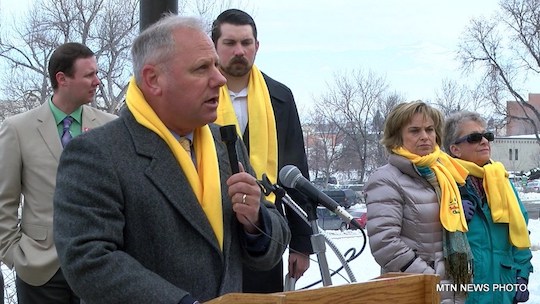 The Montana Family Foundation is a research and education organization dedicated to supporting, protecting, and strengthening Montana families. It is definitely not a moneymaking scheme for Jeff Lazsloffy and his children. Its donors are not public, although in past years more than half the foundation’s income has come from Greg Gianforte. But his investment has been amply repaid in research and education, for example a bill before the state legislature that would have required Montanans to use locker rooms and restrooms that correspond to the genders on their birth certificates. Legislators rejected that, noting that a similar bill costs North Carolina billions of dollars earlier this year. So the Montana Family Foundation took its cause to the people, repackaging the Orewellian-named Locker Room Privacy Act as ballot initiative I-183.

Last week, the Montana Supreme Court ruled that the description Attorney General Tim Fox had written for I-183 was not sufficient. In addition to its potentially inaccurate fiscal note, the court took exception to this paragraph:

You will note that the word “transgender” does not appear. Neither does an explanation of what the word “sex” means. A lot of people would say that a trans a woman is of the sex “woman,” but that’s not what I-183 says. I-183 specifies that a person’s sex shall be determined by their birth certificate.

That would create a lot of problems for transgender Montanans, which is exactly what I-183 is designed to do. Yet the Montana Family Foundation never, ever mentions the word “transgender” in its communications on this issue. Instead, it offers jaunty statements like this one regarding the defunct Locker Room Privacy Act: “This bill was just common sense! Women shouldn’t have to shower in front of men, and vice versa.”

“Common sense” is a thing politicians say when they don’t want you to think about what they just said. The Montana Family Foundation keeps talking about I-183 as though it were designed to address the problem of high school boys gaining entry to the girls’ locker room by simply declaring that they are female. As near as I can tell, that’s never happened. The real issue here is that Lazsloffy has made a career out of converting popular prejudices to politics, and prejudice isn’t as popular as it once was. You can read all about it in this week’s column for the Missoula Independent. Do it! Do it now, Linda! 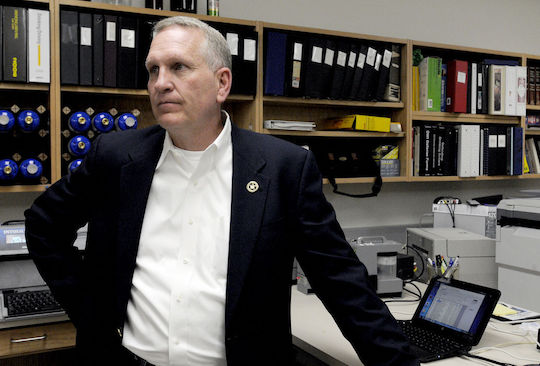 It’s been a long time since Montana was on the wrong side of a civil rights debate. Since 2014, when Attorney General Tim Fox withdrew his appeal of a circuit court decision that declared our ban on same-sex marriage unconstitutional, you hardly ever see Montana in lists of states that begin “Alabama, Arkansas, Mississippi…” Fortunately, President Obama’s directive that transgender people be allowed to use the public bathrooms of their choice has given us a new civil rights issue to be wrong about.

Last week, Fox filed suit against the federal government over Obama’s directive, putting Montana in cahoots with a couple dozen other states whose governors and attorneys general are deeply concerned with  freedom. Obviously, this is an issue that affects all of us, in the sense that we all have opinions about it even though it affects a small number of people. National estimates of the number of trans people in America are famously hard to come by, and estimates of the Montana trans population don’t exist. Here’s the New York Times on what we can glean from Social Security Administration data:

Ninety thousand is probably a low estimate, since many trans people presumably do not officially change their names or genders with Social Security. Still, these numbers put the lowball estimate of transgender Americans at about .03% of the population. If we work from that estimate and assume Montana’s trans population is improbably identical to the national ratio, we can expect to find about 300 transgender people in the whole state.

And how many of them attend K-12? Fox’s lawsuit focuses narrowly on how Obama’s directive affects public schools. He may have taken the historically bad bet of using his state office to sue the feds over a civil rights issue, but at least he’s chosen an issue that is extremely minor. I think trans people should use whatever bathrooms they like, and I don’t mean to suggest that their rights are unimportant. But the effect of their rights on non-trans people is unimportant. I submit that transgender bathroom use is a purely theoretical idea for cisgendered Americans, particularly in Montana.  You can read all about it in this week’s column for the Missoula Independent, in which I praise Fox for his bold action. It’s ironic. We’ll be back tomorrow with Friday links.