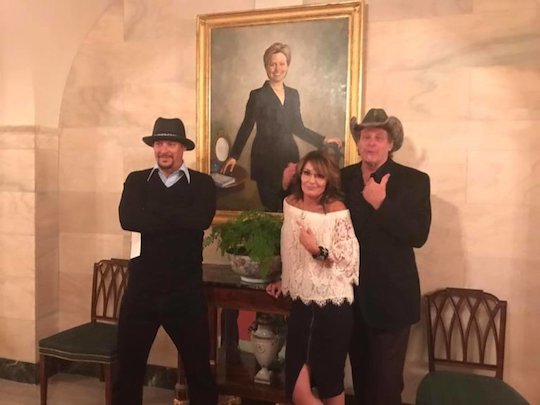 When Kid Rock announced that he was running for US Senate in a tweet last week, I almost assumed he wouldn’t win. Then I remembered the last time I thought that. The Michigan rock-rapper has never held elected office or served in the military, has made numerous disparaging comments about women and homosexuals, and styles himself a working-class rebel even though he was born rich. He should probably run for president. Conservative provocateur Kurt Schlichter isn’t willing to go that far, but he wholeheartedly supports Citizen Rock’s senate run. Here he is in an editorial on Townhall.com headlined We Must Elect Senator Kid Rock:

The future Senator Rock deserves your eager support for two critical reasons: First, it will drive the liberals insane. Second, it will make George Will and the rest of Team Fredocon soil themselves…“Kid Rock? Oh, well I never!” You simpering sissies. I’ll take his nasty stringy mop and torn wife beater over your preferred weasels’ coiffed politician/newscaster hair and Gucci loafers…No, he didn’t go to some Ivy League snob factory and all he’s got to rely on are attitude, common sense, and a love of actual Americans (especially our troops).

This reads less like a parody of contemporary Republican politics. Kid Rock should be a senator because electing him would make liberals angry? He’s better than politicians and newscasters because he dresses like Guy Fieri? I guess I like that he has “attitude,” which is pretty rare since it went out of production in the late nineties. And he loves “actual Americans.”

When you say that, you’re mostly saying you don’t love various other Americans you do not regard as actual. Here lies the heart of 21st-century conservatism, palpitating. It is not a set of positive values. It is a critique, and an increasingly bitter one. The troops are innocent, but otherwise, the things Schlichter praises about K. Rock are all negations: not going to college, not wearing the clothes of the professional class, not being qualified for office and therefore angering people who think he should be. This was the appeal of President Trump, too. He may be a reckless liar who watches eight hours of TV every day, but he drives liberals insane!

Driving liberals insane has been the primary function of the Republican Party since 2009. That’s what allowed the entertainment wing to achieve dominance over the political wing. While actual Republican senators and congresspeople had an incentive to preserve some comity with their colleagues across the aisle, pundits and media personalities were free to define themselves by antagonism. This antagonism became the party’s sole principle. Who are the most significant figures the right has produced in the last ten years? Trump, Sarah Palin, Paul Ryan—maybe Bill O’Reilly. Most of them are entertainers. Ryan enjoys a reputation as a policy wonk, but he earned it by submitting austere budgets to a president who never threatened to pass them.

To some degree, conservatism has always been a critique. The welfare state; regulation of trusts, consumer goods and capital markets; consolidation of power at the federal level instead of the states—all of these are features of modernity. Conservatism has historically balanced this critique with support for institutions, but contemporary Republicans despise institutions most of all. You can see it Schlichter’s contempt for the Ivy League—a “snob factory”—and George Will, the very symbol of institutional conservatism. You can see it in his swipe at newscasters and in the rhetorical war President Trump has waged on the press. Again, they love the army, but what other established institution would the conservative-entertainment complex not gleefully tear down? Schlichter is endorsing Kid Goddamn Rock for senate, essentially for the lulz. At what point must you admit that you are simply a nihilist?

Nihilism is the wrong word, though, because the contemporary GOP is vehemently ideological. They believe fervently in supply-side economics, even though it has never worked. They reject scientific consensus on global warming and evolution, harnessing a belief that is stronger than facts. They seem obsessed with rooting out RINOs in their midst. Overall, today’s Republican Party seems to believe much harder than the Democrats. It’s just that their core belief is most things are bad. They’re like ISIS or the Amish: committed to a totalizing critique, not just of other ideologies but of the world.

Maybe that’s why they haven’t been able to get anything done now that they’re in power. Twenty-first century conservatism is a robust system for rejecting things, including the imagined cultures of America in general and Washington in particular. But it does not put forth an affirmative vision of the future. They want to repeal, figuratively speaking, but they cannot replace. Schlichter loves Kid Rock because he would freak out the liberals, but he does not say how that would help. His party has a powerful strategy to win the war. It has been a long time since it has thought about how it might win the peace. 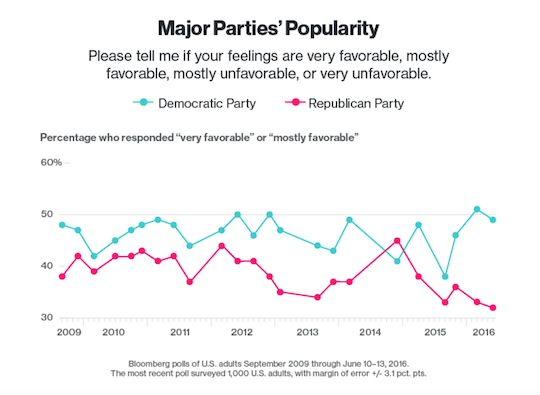 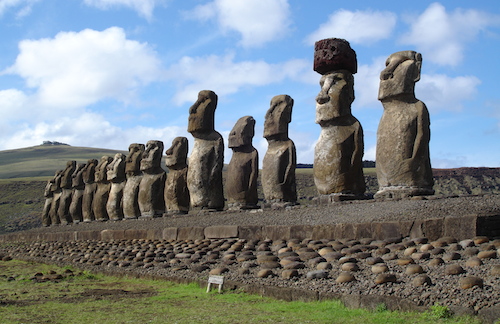 Enjoy your cat videos now, because a NASA-funded study has predicted that industrial society will collapse in 15 years. This is what we get for not letting them go to the moon. It’s also what we get for developing an economy that uses more and more resources to exponentially increase the number of human beings while concentrating control of those resources in a progressively smaller fraction of the population. I’m selling a bumper sticker that says exactly that. Unfortunately it demands a bumper eight feet wide, so it only fits on the kind of cars that we can make for the next 15 years. Today is Friday, and the mechanisms of our triumph hasten our decline. Won’t you become a forgotten god with me?

END_OF_DOCUMENT_TOKEN_TO_BE_REPLACED 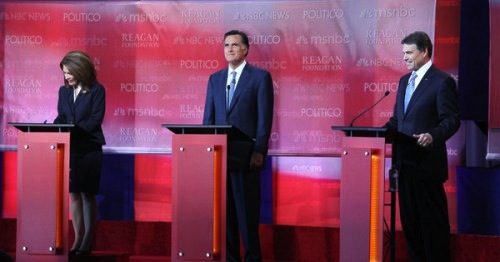 The crazy one, the governor's son and they guy who made a million dollars doing it

Both Micky and Smick sent me this this article by former GOP staffer Mike Lofgren, in which he argues that “the Republican Party is becoming less and less like a traditional political party in a representative democracy and becoming more like an apocalyptic cult, or one of the intensely ideological authoritarian parties of 20th century Europe.” Before we address that contention, let’s take a moment to agree that Micky and Smicky would have made a great racist comic strip during the 1920s. Micky is small and Smicky is big, and the one where they steal a coconut and can’t figure out how to open it is classic. Anyway, surely it is not true that the Republican Party has consciously decided to damage the functioning of Congress, as Lofgren alleges. I mean, right?