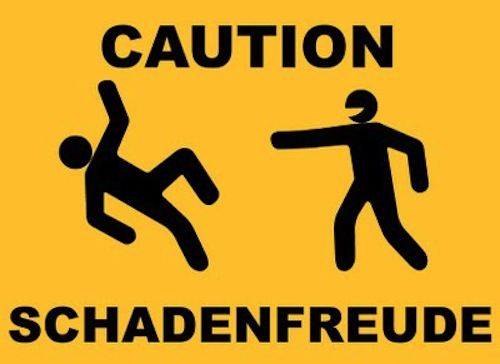 It is tempting to believe that as our society becomes more crass and hedonistic, the sophisticated pleasures evaporate. How can we enjoy the incisive psychology of The Cherry Orchard when our brains have been honed to Barely Legal 6? It’s tempting to think that the game of inches that was 20th-century culture will be lost on a society that measures value in millions, but that’s just declinism talking. In fact, the mass stupefaction of American society provides us with rich pleasures, the way Oedipus having a marital dispute with his mom provided the ancient Greeks with irony. And we don’t even have to go to the theater. Today’s links offer plenty of schadenfreude and a healthy dose of rueful surprise, and they’re all constituted of at least 50% real life. Won’t you succumb to embittered satisfaction with me?

END_OF_DOCUMENT_TOKEN_TO_BE_REPLACED 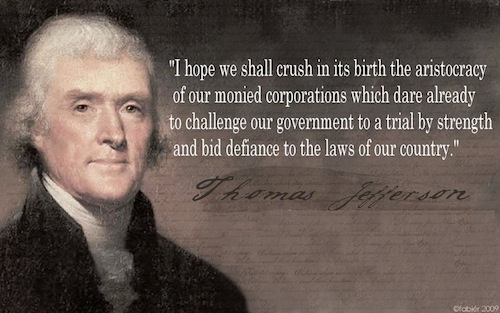 For a publication staffed entirely by nerds, the New York Review of Books sure is fired up about democracy. Their coverage of Occupy Wall Street is far better than that of any traditional news outlet—by comparison, the Times appears to have closed its office in New York—and their vituperation of Super PACs is only slightly less comprehensive. This weekend, Elizabeth Drew published this consideration of whether the 2012 election can possibly be fair. “Will the presidential election reflect the will of the people?” she asks, presumably rhetorically. She follows with a more important question: “Will it be seen as doing so—and if not, what happens?”

END_OF_DOCUMENT_TOKEN_TO_BE_REPLACED

One of my many unfalsifiable theories is that over the last fifty years, American culture has become more belligerent. Obviously we are less violent than our Founders, who at the highest levels of government continued to murder one another for sport. America 2012 kills way fewer people than previous Americas. Yet one also suspects that in 1804, people did not walk around like this:

Ours is a come-at-me-bro society. We’re not starting fights, per se, but we are fully prepared to fight and wearing a shirt with skulls on it. Each of us is actually kind of a badass. Movies and most children’s books have taught us that it doesn’t matter what other people think, and that leaves us free for rad behavior. This week’s link roundup is full of rad behavior, of both the coming-at-bros and getting-mounted-and-repeatedly-struck-in-the-temple-by-bros varieties. Get ready to watch Meghan McCain use words on television after the jump.

END_OF_DOCUMENT_TOKEN_TO_BE_REPLACED 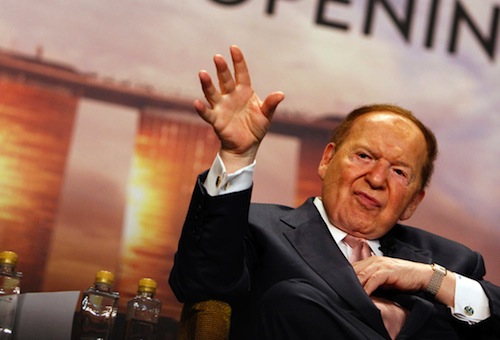 Sheldon Adelson orders a round of healthy white babies

The Gingrich campaign is giddy like it’s new staffer day on the news that Sheldon Adelson has given them five million dollars. Of course, Adelson didn’t give it directly to Gingrich; that would violate federal campaign finance laws one thousand times in a row. The billionaire casino magnate and Chinese bribery defendant gave $5 million to the Winning Our Future Super PAC, which is of course not controlled by the Gingrich campaign in compliance with US law. As of yesterday, Winning Our Future had bought $3.4 million worth of advertising time in South Carolina. Presumably, the ads will urge each voter to read about the candidates and make a list of which leadership qualities he or she considers most important. Or they’ll call Mitt Romney a pussy.