The Donald Trump campaign released its first-ever television ad yesterday, and its content suggests that Trump considers features what many of us regarded as bugs. He’s doubled down on two of his most risible ideas: a ban on Muslims entering the United States “until we can figure out what’s going on,” and a wall at the Mexican border. When fact-checkers pointed out that footage of immigrants storming a wall during the “wall at our southern border” part of the ad actually showed Moroccans trying to get into Spain, Trump campaign manager Corey Lewandowski responded, “No shit it’s not the Mexican border, but that’s what our country is going to look like if we don’t do anything.” So the tradition of decorum continues.

END_OF_DOCUMENT_TOKEN_TO_BE_REPLACED 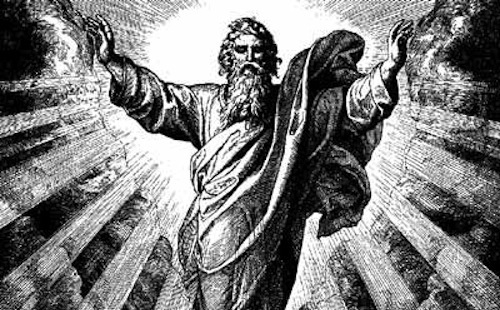 Clearly god exists, because Rick Santorum is the front-runner for the Republican nomination. He’ll do really well in the general, too, except for with women, homosexuals, hispanics, people on public assistance, recipients of student loans, libertarians and atheists. But he’s got the white male Christian high school graduate vote sewed up. If you draw a Venn diagram of all the bias groups in the United States—straight, Christian, male, dumb—the region where they overlap is the Santorum constituency. It’s a group that defines itself by what it is not, and the word for what it is not is elite. Santorum gave us a usage example yesterday, when he described the Obama administration to his audience at a campaign rally:

Props to Ben al-Fowlkes for the link.