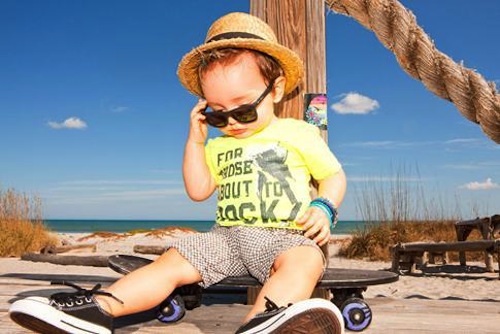 Probably Aiden—maybe Liam—prays for the relief that is Asperger’s Syndrome.

Alex Williams has written this New York Times “First Person” feature about his struggle to find the perfect name for his baby. Williams uses an inoffensively deft touch to address an issue freighted with self-importance, which is more than can be said for a lot of the people he quotes. He’s in the style section, so a certain level of absurd conceit is inevitable. For example:

Looking beyond the Top 1000 [baby names] was not enough for Jenn Lewis-Gordon, a waitress in Lakewood, N.J. She and her husband crossed off any name that had been used more than 100 times in the entire country in the last year. This left “Ptolemy,” “Bombay,” “Thursday” and “Ocean,” as well as “Atlas,” their ultimate choice. “I feel as though he’ll be less likely to be a follower if he starts out from the beginning being different,” Ms. Lewis-Gordon, 35, explained.

Ladies and gentlemen, the modern condition.

Let us put aside the incredulity with which our first-century ancestors would greet a mother’s claim that she does not want her child to be a “follower,” since faith in the inherent value of nonconformity is pretty much a bedrock value now. Let’s also pretend that when he gets to kindergarten, the first thing a kid does is find another kid with the same name and follow him. My girlfriend Lucretia notwithstanding, I say confidently that I have never made a decision about social interactions on such bases. But a woman named Jenn, even with two n’s, can be forgiven for thinking that the key to success is a really snappy name.

“Atlas,” though? It might be weird when Atlas Lewis-Gordon grows up to be a CPA within one standard deviation of average height and weight. Only a weirdo would argue that the boy’s name makes it more likely that he will grow up big and strong. That kind of thing is determined by heredity, environment, and individual choice, the same way pretty much everything else is. Surely no specific trait, such as size or work ethic or facility at the violin, is influenced by name. Yet it is impossible to escape the sensation that the totality of an Elmer or a Tiffany is somehow shaped by the moniker.

That, right there, is a cognitive illusion propagated by retrospect. A fun thing to do is read American literature written before 1930 and notice how many people are named Adolf. That name didn’t used to mean anything in particular, but now naming your son Adolf would border on abuse. (Interestingly, Benito is maybe okay.) Presumably, the name did not make Hitler a monster any more than it made Dolph Lundgren an expert in chemical engineering. Yet the life of the 20th century’s most evil dictator seems inextricable from being Adolf.

I personally don’t know, but being a parent seems like a less clear-cut instance of the same phenomenon. Unless you let your child name herself, which is likely to cause problems for young Batman Jesus later on, you will name your child from the perspective of someone who has already developed a fairly stable identity. Even if you know a lot of people with the same first name as you, you probably think of yourself as the primary Dan or Melissa or Pharrell or whatever, so it’s hard to separate your name from your self. How, then, could you not suspect that your life might have gone differently if only your name—the first concrete fact of your existence—had been different?

But you don’t want to think about how your life would have been different if you were named Murray, because that is your asshole uncle. And so you enter upon a paradox: you want to pick a good name, because that determines stuff, but you don’t want to pick the same name as everybody else, because you want your child to be free. And maybe this paradox is the defining aspect of contemporary American life.

On the one hand, we believe in the power of social determinants: the right clothes, the right preschool, the right hobbies and mannerisms. That’s what makes you somebody, and being somebody is the overarching goal of modern life. On the other hand, we all agree that you are not your clothes, not your schooling, and above all not your society. We are individual nonconformists fixated on expressing our identities through the same social signifiers whose determining power we reject. No wonder it’s hard to pick a name. How do you tell people who you are when you aren’t anybody yet?