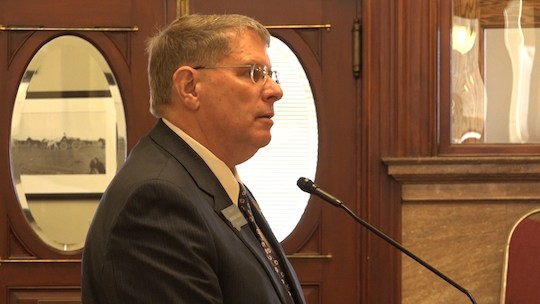 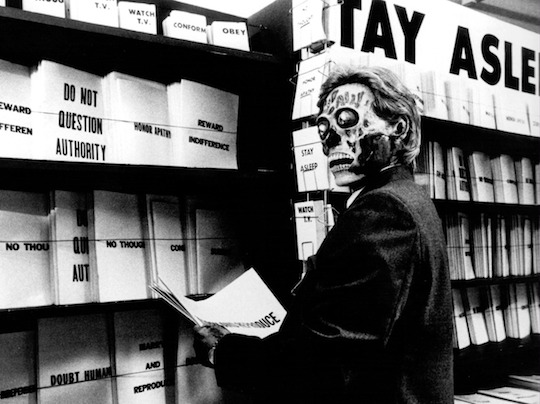 It’s a big Thursday for Combat! blog, because I am in the New York Times. Apparently everyone who works there drinks, since they deigned to publish my Letter of Recommendation: Pedialyte. Do you know Pedialyte? Our hypocritical modern society markets it as a formula for children, but really it’s for adults. Specifically, it’s for adults who drink and work out to the point of vomiting, even though they are old now and should probably know better. I am old now. But I know nothing! Head on over to the Times and see how I somehow manage to make a living anyway.

In other news, literally, I wrote about John Carpenter’s misunderstood 1988 horror-satire They Live for the Missoula Independent. I first saw They Live in 2006, when it was presented to me as a so-bad-it’s-good eighties misfire. It is that. But at the time, I completely missed the subtext about Reaganomics and the amoral materialism that inspired Carpenter to make the movie in the first place. Today, Reag-o-nomical horror feels relevant again. The country is in the midst of some sort of nightmarish eighties throwback, but the people who most need to hear They Live‘s message have determined the alien conspirators who live among us represent…Jews. Seriously—Carpenter had to go on Twitter to tell internet Nazis it was about yuppies and not the Rothschild conspiracy. That, right there, is a neat encapsulation of our political moment. Even if you don’t care about politics or weird-toned eighties camp, They Live is worth watching for this the greatest fight scene in film history:

Meanwhile, in yet more news or at least opinion, Rep. Barry Usher (R–Roundup) has begun to walk back a bill that would ban bicycles from most of Montana’s public roads. Usher claimed his proposal, which would make it illegal to ride a bicycle outside of a municipal area on any two-lane road without a paved shoulder, was in the interest of bike safety. It seemed more like a motorist convenience bill, designed to save drivers from the danger of having to slow down and wait to pass. Little did he realize that almost none of the highways in the state have paved shoulders. Because the bill also applies to pedestrians and people in wheelchairs, it would make it a crime for people in rural areas to leave their properties, unless they were in cars. For once, though, public outcry has carried the day, and Usher now plans to rewrite his bill if not scratch it entirely. You can read all about it in this week’s column for the Missoula Independent.

Victory is sweet. This is the last Combat! blog of the week, because I am going to Seattle tomorrow morning for a fencing tournament. Will I win? Absolutely not. There will be Olympians and shit, and I started fencing last year. But will I have the opportunity to frustrate vastly superior fencers with my weird style, throwing them into the tantrums characteristic of the preppie class? You bet your sweet, unguarded hand I will. I’ll see you Monday, probably with a bunch of weird bruises on my leg. 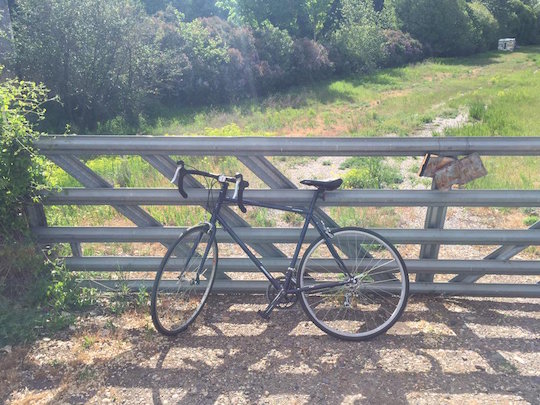 Bicycle season in Missoula is a long time coming, but when it arrives it’s worth the wait. The former site of a glacial lake, Missoula is remarkably flat with hills on either end of town. Humidity is desert-low all summer, and it’s rarely windy. Best of all, the town has lots of bike trials, which intersect with car traffic only at intervals. All you have to do is pull up to the place where the trail meets the street, stop, and then watch as cross traffic also stops and motions you impatiently ahead. Then fly into a rage.

Now that bicycle season is upon us, I have one message for the drivers of Missoula: If I have come to a complete stop, do not also stop.

I know you are scared of killing me. And I forgive you for the summer of 2014, when you hit me twice—once by turning left through the bike lane and once by backing into me in the grocery store parking lot. It’s okay, despite what I said in those intemperate moments after I was unhorsed. While collisions between bicycles and cars are dangerous, they are also uncommon. When you see a bicycle stopped at a stop sign, it’s safe to take your right of way. To stop and wave the cyclist ahead is like stopping at a door held open and saying, “no, after you.”

You can read my desperate plea in this week’s column for the Independent, which contains lots of grisly images of bicycle accidents. Not photographic images, though. That would be unseemly. We’ll be back tomorrow with Friday links! 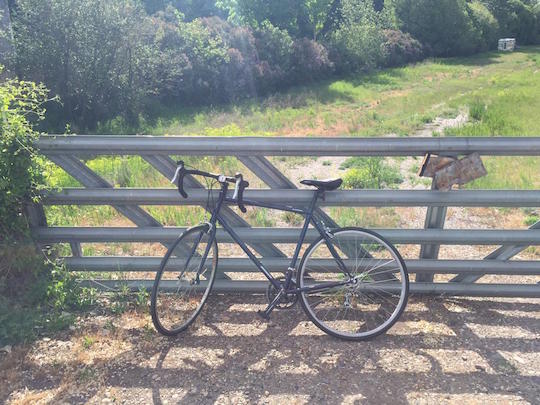 The Midnight Special, on which your author hurtles around

What constitutes news is a tricky question, influenced heavily by personal experience. For me, the best news of the last month has been that the City of Missoula changed the sign on the crosswalk where the Milwaukee Trail intersects with Russell Street. It used to depict a pedestrian; now it depicts a pedestrian and a bicycle. That probably doesn’t mean much to you, but for me it means a potential reduction in the number of drivers who honk, scream, or get out of their cars when I ride across.

Montana law does not require cyclists to get off and walk in crosswalks. Fat dudes in lifted pickups sure seem do, though, and they often cite the vital importance of this (imagined) traffic law when they get out to threaten me. In this week’s column for the Missoula Independent, I consider why the appearance of a bicycle throws so many drivers into murderous rage. It’s a little self-righteous, but consider the dangers attendant on riding a bicycle and driving a car, respectively. Riding a bike is a great way to exercise and get from place to place without polluting an already tricky environment. Driving a car is a great way to kill all of us slowly and a few of us very quickly. It’s not as simple as that, of course, but consider that the worst thing a cyclist can do to you when you’re driving is make you do something terrible to him. Or just cut down on yelling at people from your car in general. We’ll be back tomorrow with Friday links.