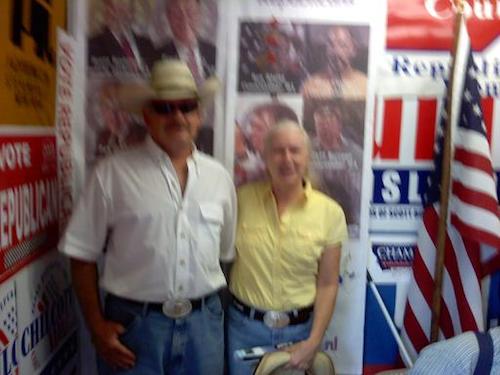 The finance department of Ravalli County announced today that it will bypass the treasurer’s office to issue emergency operating funds to schools, libraries and fire departments. Meanwhile, treasurer Valerie Stamey told the county commission that she would present October financial reports by Friday. “If not then, by next Friday,” she added. Stamey’s statement was of a piece with what’s been coming out of her office since she was appointed in September—namely, everything but financial reports. After three resignations and numerous accusations of incompetence, she is starting to look like the perfect triumph of politics over government in Ravalli County.

You may remember Ravalli County from its rejection of federal Title X funding to prevent moral turpitude, or from its planning commissioner’s disquisition on the threat of drunk Indians. The GOP enjoys complete electoral dominance in Ravalli, where Republican Pat Connell took 69% of the 2012 vote for state representative over Democratic candidate Jan Wisniewski, who is also a Republican.

Stamey is a former Republican precinct captain whom the all-Republican county commission appointed treasurer in September over Linda Isaacs, who for several years had worked as the county tax lead. Commissioner Jeff Burrows insists that Stamey was narrowly more qualified than Isaacs, a claim undermined by his subsequent request that Isaacs train Stamey for the job. Also weighing against Stamey: her office has produced no regular financial reports since she took over.

Burrows cited Stamey’s “enthusiasm” as the deciding factor in her application. In this case, “enthusiasm” seems to be a cipher for right-wing orthodoxy. Ravalli County is situated in the Bitterroot Valley, where the Tea Party revolution is in full cry. In many ways, the county has become a test case for that philosophy of government, rejecting federal assistance, embracing traditional values and—editorial content ahead—fucking up basic provision of services.

The commission’s decision to reject Title X money resulted in the closure of a family planning clinic that had been open for four decades, leaving residents with nowhere in the county to get a cervical cancer screening. The decision to interfere with the disposition of Medicine Tree alienated the Confederated Salish and Kootenai Tribes and netted the county exactly nothing. Time and again, county officials have acted according to conservative ideology at the expense of effective government.

Stamey’s career as treasurer is perhaps the apotheosis of that strategy. For all intents and purposes, she has broken the office, separating county services from the tax money that supports them through sheer incompetence. It’s not that she’s too conservative to track and disburse Ravalli’s income. It’s that she doesn’t know how to do it.

As much as I’d like to say that Ravalli County is the victim of conservative mismanagement, the problem seems to be single-party rule. When one political organization controls virtually every county office and three quarters of the vote, government starts to operate like a political party. And a political party does not reward competence. It rewards orthodoxy and loyalty.

Believe in the right philosophy and support it as hard as you can; you still won’t know financial accounting. The beauty of this train wreck is that managing the treasury is a fundamentally apolitical operation. Tax money comes in, gets tracked, and is disbursed to the county services it funds. It’s an almost purely technical operation, and Stamey lacks the technique to oversee it.

It doesn’t matter which party is in charge if the treasury can’t keep books. Unfortunately for Ravalli, voters don’t have a viable second option. They may want to punish county Republicans for appointing an incompetent to the treasury, but single-party rule has robbed them of the mechanism to do it. The problem is not ideology but unaccountability.

Ravalli does not necessarily need the Democratic Party, but it needs a Republican Party that is less secure in its position. As with most monopolies, it’s not who is in charge that makes trouble, but that they cannot plausibly be removed. I don’t agree with the politics of Ravalli County, but the problem here isn’t specific politics. It’s that they have so thoroughly defeated government.