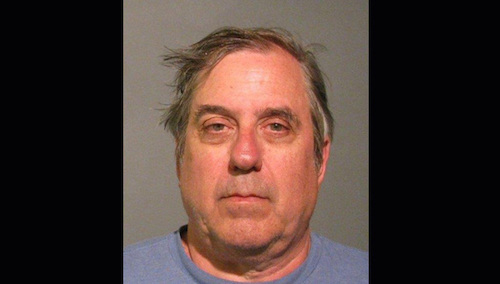 Correlation is not causation. Just because Drake drank for several hours and threatened to murder his neighbor re: advice on teaching young girls to ride bicycles does not mean that alcohol affected his judgment. He is an asshole in his natural state. He is not, however, an asshole with a gun. This KMSP story suggests that Daytona Drive in Rosemount, MN might be the street with the most busybodies in America, but the dynamic changes when one of those busybodies has a stick that enables him to kill people by pointing at them.

“Maybe next time,” Drake told officers when he was booked. “I should have shot him.” Again, alcohol may have played a part. Possibly, in the cold light of morning, Drake was glad that he did not kill a man in front of his daughter over cycling pedagogy. But the important thing is that he could have, and he reserves the right to do it later.

Here’s the thing about that right: it is not universally distributed. Constitutionally, the right to bear arms extends to all American citizens,*

but practically, not everyone exercises it. The Second Amendment is the only part of the Bill of Rights that requires you to buy something to make it work. Anyone can enjoy his right to speech or a jury trial at any time, but the right to bear arms only works for people who buy guns. And who buys guns?

I submit that sets (2) and (3) comprise mostly assholes. Besides off-duty cops and people with military training, I’m sure there are some people who know how to responsibly use their guns in self-defense and tactical situations. But for every one of those, there seems to be a guy willing to shoot someone for throwing popcorn.

While we’re making unsubstantiated assertions, I submit that the armed person is willing to escalate such low-level conflicts because he can be reasonably confident that the other person is not armed. It’s his Second-Amendment right to bring a pistol to the movies or keep  a shotgun in his front room, and theoretically anyone else could, too. In practice, though, only about one in four Americans owns a gun. Once you get out in public, the portion of people carrying guns gets even lower. In a restaurant, at the dog show, or on his cul de sac, an armed man can be pretty sure that he’s the guy with the gun.

Clearly, that does something to certain people. Absolute power corrupts absolutely, and the power to kill anybody else when others cannot kill you is pretty absolute. Obviously, there are long-term reprisals in play. But for two kinds of people—guys who have a hard time thinking about consequences and guys who don’t intend to kill anyone but like knowing they could—the “universal right” to bear arms creates a destructive asymmetry.

One solution to this problem would be for everyone to carry a gun all the time. If his neighbor had been wearing a Glock .40, I suspect that Drake might not have aimed a shotgun at him in their dispute. But America is not going in that direction. For the last 40 years, possession of firearms has decreased. Moral and aesthetic objections aside, universal gun ownership just isn’t going to happen in the modern United States.

How, then, is the Second Amendment a universal right? Whether we want to try to reduce gun ownership or not, we should stop treating it like a leveling force. In the Old West, the six-shot revolver was called the “great equalizer,” because it allowed a smaller man to kill a larger one. In an America where lethal violence is very rare, however, a gun disrupts the equality we have spend a century constructing. It’s the kind of tool a bully wants, so he can enjoy one more right than everybody else.