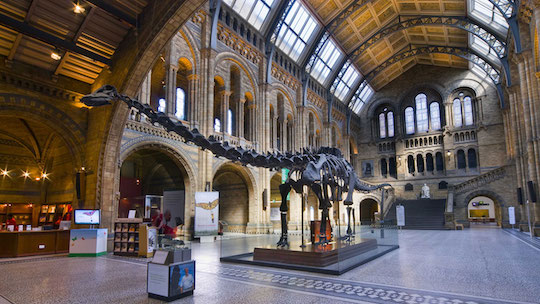 Combat! blog’s journey into the familiar territory of New York City and the terrifyingly alien landscape of child care continued today with a trip to the Museum of Natural History. We also ate at Veselka, took a jaunt around Central Park, and experienced the ongoing panoply of non-Montanan styles and identities that is the subway. And I got to speak Spanish, thanks to a wrong number call from the Dominican Republican. That could have happened at home. But the important thing is that the boy kept having the time of his life, even if his life has been too short for him to appreciate what a time it was. His mother is the most patient and forgiving woman in the world, which explains why I’m still around at all. I remain lazy and stupid, which is why there’s no Combat! blog today, and why there won’t be until I become childless again on Monday.1 While I contemplate lives that might have been, how about you read this fine piece of advice from Amber A’Lee Frost on how to deal with your performative male feminist friend? Frost writes a top-notch column for The Baffler, which you should be reading anyway. We’ll be back on Monday, closer to form.