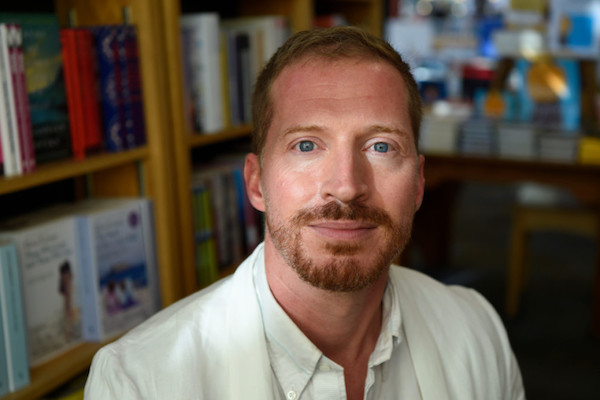 Lordy, I am tired. It’s been a month since I started the Pulitzer Prize-winning comic novel Less by Andrew Sean Greer, graduate of the Montana MFA program who came to visit our class and was incredibly nice. Since I started his book, I have bought a house, presented a pro wrestling show, repointed the foundation of said house, and billed three extra months’ income. I think it has been the busiest month of my life. All this is to say there were gaps in my reading of Less, and when I did read I was twitchy and distracted. I am therefore not qualified to say whether it was funny or not.

Critics found it hilarious. The first three words of Christopher Buckley’s review are “convulsed in laughter.” Georgia Rowe considers the novel “so funny, it’s hard to believe it started as a tragedy.” Any serious pedant will tell you, however, that jokes don’t make a comedy. A comedy is a story that ends well instead of badly. These terms, “well” and “badly,” suggest that comedy is a matter of perspective. Whether a story is comic or tragic depends on how you look at it. The story of Less is the story of Arthur Less having this epiphany and seeing his life as a comedy instead of a tragedy. The protagonist’s shift in perspective mirrors that of the author, who struggled to complete Less as a meditation on love and aging until he decided to make it funny.

How funny is it? None can say. There are definitely some jokes in there. Buckley draws our attention to one of the most economical: “‘How did they even know I was gay?’ [Less] asked this from his front porch, wearing a kimono.” That’s a gag, and in my opinion it’s very funny. Less contains relatively few gags, though, for a comic novel. On a per-page basis, the joke content here is lower than in your Douglas Adams or even your George Macdonald Fraser. Instead, Less aims for a light and cozy tone, like Wodehouse without the sentence-level humor or the farce.

Wodehouse derives much of his humor from plot, which is not how Greer does it. Although it involves funny events, the plot of Less is not, itself, funny. It’s more of an Odysseus story, with [SPOILER ALERT] Less’s ex-boyfriend as Penelope. Less’s plans do not bring about the opposite result of what he intended, nor are friends temporarily made into antagonists by the qualities that ultimately bring them together again. I would say Less has a literary plot: a series of meaningful episodes culminate in the protagonist experiencing an insight that changes him forever. Because the protagonist is a gay mid-list writer about to turn 50, and therefore strongly resembles the author, this epiphany as happy ending feels convincing; the author seems to have had it, too.

Less therefore reads as metafiction, or possibly autofiction. It reads as travel literature and, in moments, Sex and the City-type lifestyle porn. It doesn’t read like comedy. I would not describe it as a humorous novel—not because it isn’t funny, but because the joke content indicates that’s not what Greer was going for. He invests more words in producing the literary effect than he does in producing laughter. It reads as though Greer wrote drafts until someone told him no one could feel sorry for a world-traveling, healthy and white gay man who makes a living in San Francisco by writing novels.

The protagonist, a stand-in for the author, realizes that the protagonist in his own novel is not “sympathetic.” This word is always political. When someone says a character is not sympathetic, they’re saying who deserves our attention, our capacity to feel another person’s life. Greer’s novel declares that the romance of the bourgeois gay American is properly understood as comedy rather than tragedy, and that’s a political statement. It is also an artistic one. Perhaps Greer is writing about the experiences of gay men as a class, but he is also writing about literature. He is saying that it doesn’t have to be so serious all the time. Maybe some other kind of good novel exists besides somber meditations.

I suspect the combined frisson of these two statements—one socio-political, the other artistic—is what the Pulitzer committee rewarded. I hope the success of this novel ushers in a new era of comic literary fiction, regardless of whether it’s funny or not. The best thing about Less is that it is different, in minor but fundamental ways, from other literary novels. It imagines a good book as something other than relentlessly self-serious. That contribution alone merits the prize, probably. At this point, the direction literature really needs to go is “different.”